Set in the Ragnarok Online universe

As reported by Konbakpao Ragnarok Battle Academy is a Battle Royale game that's set in the Ragnarok universe. It looks to be attempting to blend its MMO roots with the Battle Royale set up. There's no official release date yet but it will be launched in Thailand and other South-East Asian countries first.

Ragnarok Battle Academy has a lot of the trappings of a BR game. You pick a location, drop down onto the map either on your own or in a squad and then must fight to survive in a circle that progressively smaller. The twist is that it will also throw in MMO progression to each round.

After dropping into Prontera field you'll be able to take on bosses to level your character up as well as acquiring new equipment. Based on the UI you can see in the trailer below it appears that you'll have a weapon and three abilities relating to that weapon that operate on cooldowns. 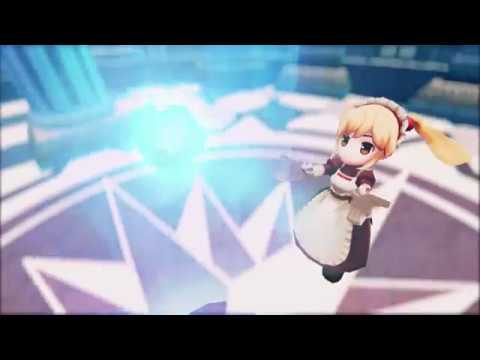 Presumably beating these bosses scattered across the map will earn you coins because there's also a shop icon on the map. This could be to level up your abilities or simply purchase new gear like weapons and armour. I'm very intrigued to find out how it all works because the idea is very interesting.

According to the description on the YouTube teaser video, the game is about 80% complete and is currently undergoing testing and checking to ensure the game runs correctly. So it's safe to assume that a release in the chosen regions isn't too far away.

Though there's no official release date yet we do know that Ragnarok Battle Academy will be available on the App Store and Google Play when it does come out. Though it's worth remembering is will launch in Thailand and other South-East Asian countries first so it might be some time before we see it here.