Another week, another mobile roguelike set in a fantasy world that sees you trolling through dungeons in search of loot, slaughter, and glory.

Quest of Dungeons wears its influences proudly on its bracers.

It's unashamed in the way it riffs on existing dungeon-crawlers. And while there's a slice of good-natured humour here, there's very little original about it.

Not that that's always a bad thing. There's a definite familiarity to the tap-tap RPG rhythm that means you're instantly at home in this game's subterranean procedurally generated levels.

The game is certainly fun, but it never quite does enough to grab the attention fully. You'll play for a while, chase some high scores, and find yourself losing interest pretty quickly. 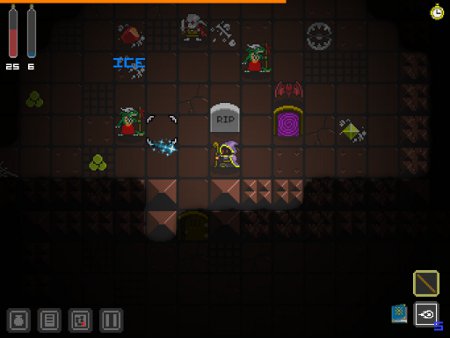 As you can imagine, this situation did not end well

You start each run through the game by picking a character. There are four from which to choose. Suffice it to say, they each behave in different ways.

The knight is your usual lumbering damage dealer; the wizard fires out spells; the assassin wields a bow and arrow; and the shaman mixes close combat with defensive spells.

Depending on which character you're playing as, the beats of the game shift slightly. So, you need to alter your approach to taking down some of the monstrous fiends you face.

These foes range from rattling skeletons to gelatinous blobs of goo to towering witches who cackle as they pound your face into the ground.

Once enemies get in close, they have a tendency to shadow your moves, making escape a waste of time. Instead, you need to hack them down before they kill you.

You can glug potions and eat food on the fly, and you'll need to when you're in a sticky situation. 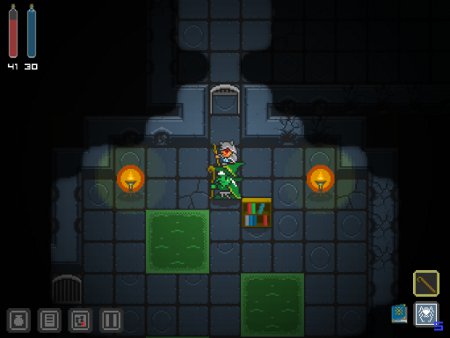 This was a particularly wicked witch

Each time you play the game, you'll get a different experience... in shape at least. This means there's no remembering where that super-sharp sword is or working out how to avoid the boss to get to the next level quickly.

Sometimes, you'll walk out of the door of your starting area to find a shop from which you can't buy anything because you don't have any money.

Other times, you'll wander straight into a super-tough encounter or the steps to the next part of the dungeon.

It certainly keeps you on your toes. And poking at switches, diving through portals, and wandering blindly through masses of beasts at least keeps the action feeling a little fresher than it otherwise would.

But you're still just moving from 'A' to 'B', albeit using a different route each time. The tapping rhythm of the play never changes at all.

You're still hitting away at the screen, scampering from turn-based encounter to trap-filled hellhole, never stopping to admire what little scenery the game has to offer.

And then you die. So, you start the whole thing over again in a different order. 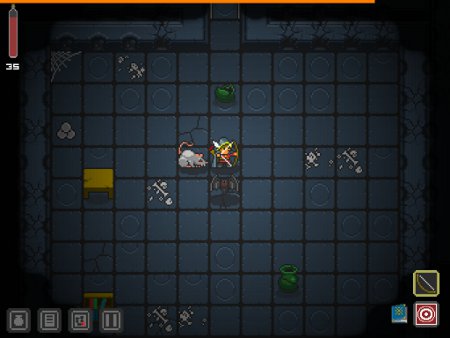 Quest of Dungeons is what it is, and it's not afraid to let everyone know.

And if you're after a simple, easy-to-play dungeon-crawler that does exactly what you'd expect and not an iota more, then you're going to be perfectly pleased with this.

But if you want a game that brings something new to the table, then you're definitely better off looking elsewhere.

This is a game that's about as generic as its title, you see. And while wandering through its corridors and rooms is a perfectly good way to waste a few hours, you won't remember any of the time you spent in them as soon as you lay your phone or tablet down.

Quest of Dungeons is a solid but unremarkable roguelike that'll keep you engaged for a few hours but not much more
Next Up :
Tightrope Theatre review - "Failure is very much an option"