You can tell PUSH is from the same developer as HOOK and Klocki from the very first puzzle. It's got the same brutally sparse style, and the same total confidence in its core mechanic.

With no explanatory text, virtually no menu clutter, and absolutely no distracting advertising, PUSH gets straight to the point.

You have a 3D shape hanging in space with a bunch of blank buttons across its surfaces. Naturally, you press them all. Level one complete. You're away.

From this bracingly transparent beginning, PUSH starts to introduce numerous variations and mutations, all containing their own immediately graspable internal logic.

You're introduced to the concept of pushing buttons in sequence - those with one dot first, two dots second and so on. Buttons with dashes instead of dots, you find, work in reverse order. 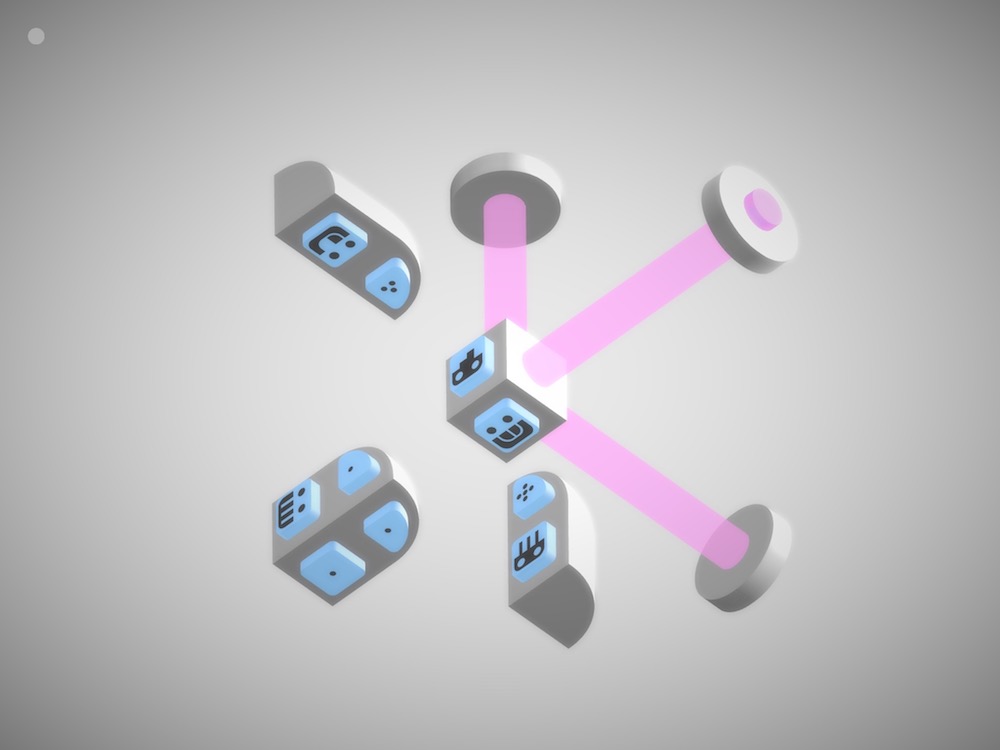 Pretty soon you'll encounter coloured buttons that rotate the 3D puzzles themselves. You can anticipate what's coming here - you're going to need to remember what you've pressed on one side as you flip over and continue your work on the other.

Each of these mechanics is taken to a logical - if rarely expected - conclusion, as more complex shapes are introduced. Advanced mechanics start to creep in, like linked shapes in parallel dimensions, crude robotic cubes that must be remote-controlled in order to press the buttons, and more.

All surface, no feeling

Through all this, though, all you're ever really doing is what you did in that very first level - pressing all the buttons on a floating 3D shape.

PUSH's gameplay can feel a little like busywork at times. There's a perpetual feeling of jumping through hoops and following a procedure that's only increased by the game's clinical presentation. 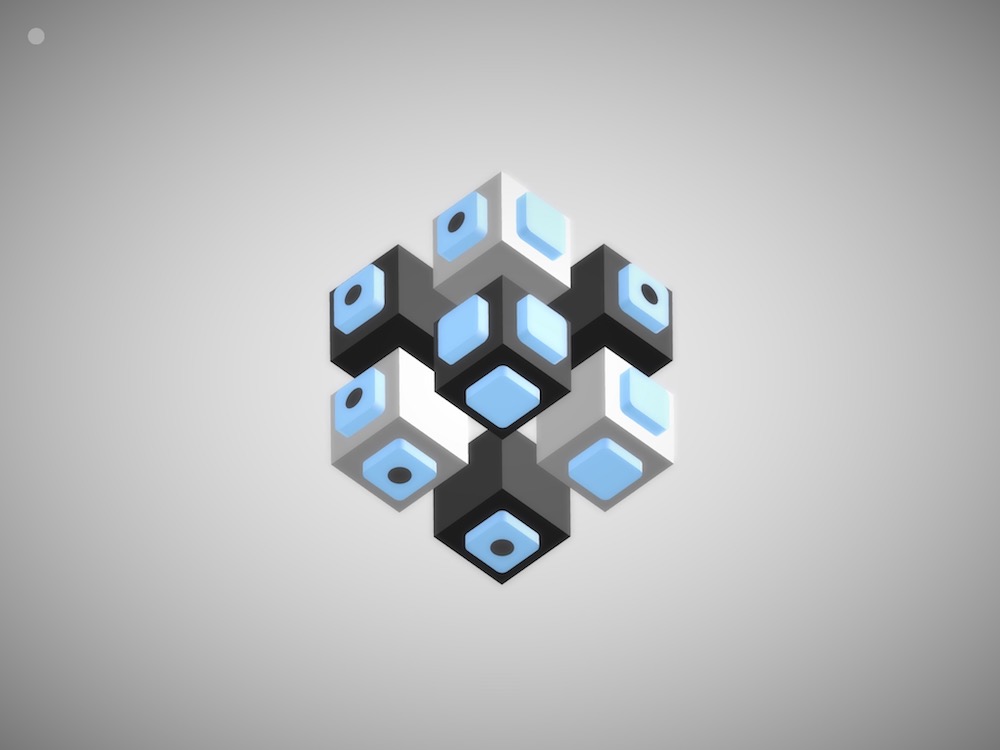 You can almost imagine a boffin in a lab coat stood over your shoulder taking notes.

But while it's hard to truly warm to the game, it's hardly any less clever or satisfying for that fact. Indeed, PUSH is another super-smart, relentlessly honed minimalist puzzler from a developer who has pretty much turned such things into an art form.

A bracingly pure puzzler that riffs off its button-pushing mechanic to brilliantly varied effect
Next Up :
Hundred Days review - "A success for the management genre"

Klocki and Art of Gravity creators team up to bring us PUSH, a minimalist puzzler, this October