On the surface, Pocket Legends Adventures appears to be a rather good, if fairly basic, action-RPG.

It makes good use of an autoplay mechanic while still encouraging you to chime in with your own actions, and it has plenty of customisation and loot to ensure you enjoy a unique experience.

But look even a fraction deeper and you'll find a horrible grind, endless wait-timers, and a generally unpleasant experience all round.

Pocket Legends Adventures actually starts out pretty well – you choose a species, customise your character, choose a class, and then jump straight into battle.

It doesn't matter what species or class you pick either, as this can all be altered after you've started playing if you ever want to try something new.

Levels consist of linear paths littered with enemies and traps, and a huge boss that can only be accessed once everything else is dead. 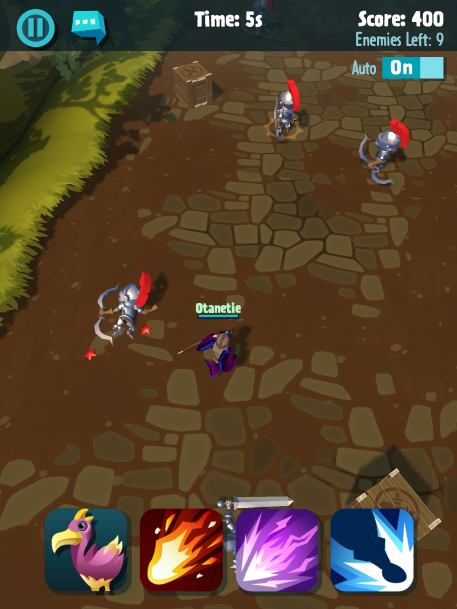 You move and attack by tapping, and you can strafe around enemies while attacking with a few more taps. You can even turn on auto-play to handle the standard movement once you're done in battle.

Completing a level gives you a loot box, rather than picking up loot as you go, and there's a wide range of things you'll collect like armour, weapons, and shards to unlock new pets, spells, and so on.

You'll enjoy all of this for the first few levels, slashing your way through enemies, rolling in loot, and levelling up – and then the game fights back.

All of a sudden, you're seriously underpowered and every fight becomes a huge struggle. Where once you were getting three-star rankings, you'll now be struggling to even finish a level.

Obviously, an upgrade is called for, but you have to wait for that to be applied, and you can only upgrade one spell, trait, or anything else upgradeable at a time. 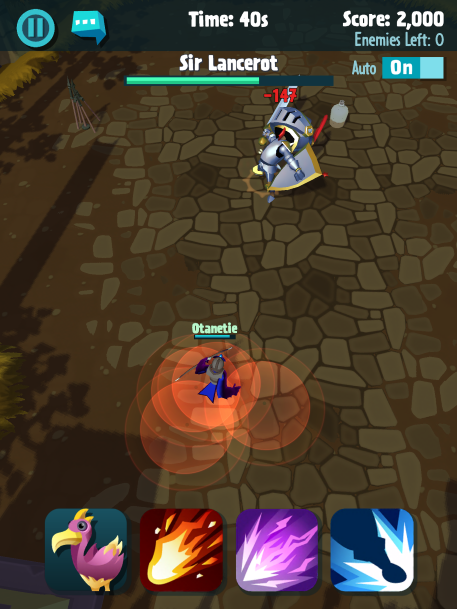 Unfortunately, weapons aren't upgradeable in any way - you need to earn a better one randomly in a loot box, or you're screwed.

And while all this upgrading is happening, it's highly likely you won't be able to play the game. Levels you complete are locked off for twenty minutes, and only last a minute or so anyway.

It grinds the entire game to an infuriating halt, and it kicks in pretty early too - within ten minutes of booting up for the first time, you'll be stuck waiting another ten minutes before you can even think about trying the next level.

Ultimately, Pocket Legends Adventures has a lot of good gameplay ideas, but forgets all about them in favour of a brutal grind.

When you get to play a level, it's a short but sweet experience with plenty to do, and a useful strafing mechanic that works wonders.

But the sheer amount of waiting you have to do before you can even play the level is unforgivable, and blocking everything behind wait timers is hugely annoying and sure to drive you away before long.

Pocket Legends Adventures has a solid RPG at its core, but it's wrapped up in painful amounts of grinding and waiting
Next Up :
Backbone One review – “Turn your iPhone into a games console”

Pocket Legends Adventures is a casual multiplayer RPG, coming to iOS and Android