Plants vs Zombies: Heroes feels sort of inevitable. It’s basically a Popcap-ified version of Clash Royale, albeit one with more going for it than that simple tag might suggest.

It plays around with the shape of the genre, adding some elements from the PvZ canon to make an action-ish card game with a lot of interesting ideas.

The game follows a similar lane-based structure as the original Plants vs Zombies. This time though there are two heroes at the top and the bottom of the screen.

You play the hero at the bottom, and you use the cards in your deck to try and knock out your opponent before they do the same to you. 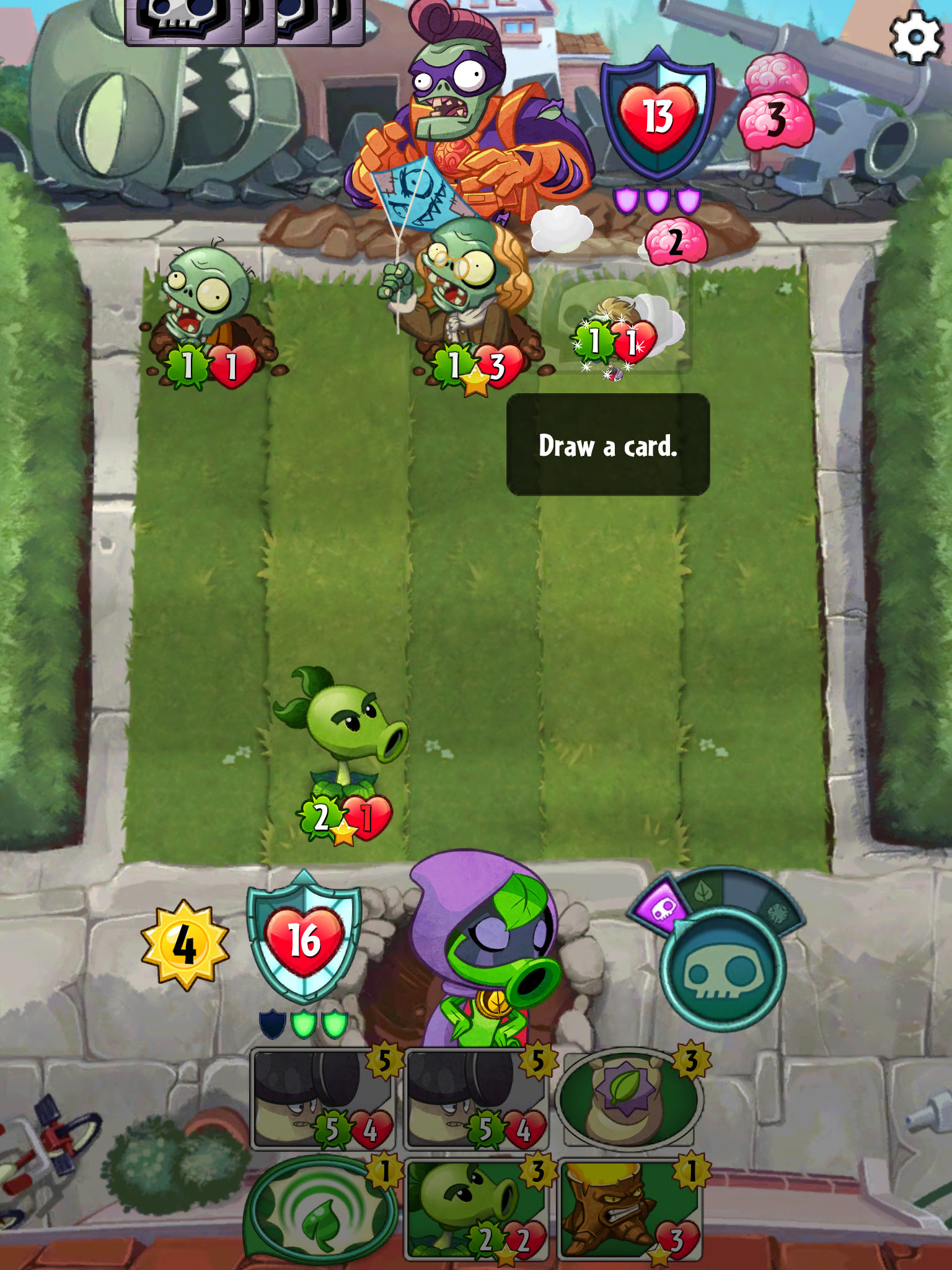 The game is turn-based, in a way. You throw your cards onto the board, your opponent does the same, and then some fights break out. Cards have hit points and a damage number. Once they lose all of their hit points they’re taken off the board.

A dead card still gets to use its attack, so you can cancel out any damage your hero might take by using them to block out the incoming hit.

You also get special skills that your hero can use. And these recharge when your hero takes damage. There’s more to consider too, including figuring out the best deck and hero to use.

And it’s not just multiplayer either. You’ve got a fully fledged single player campaign to sink your teeth into to learn the ropes and try out different strategies. 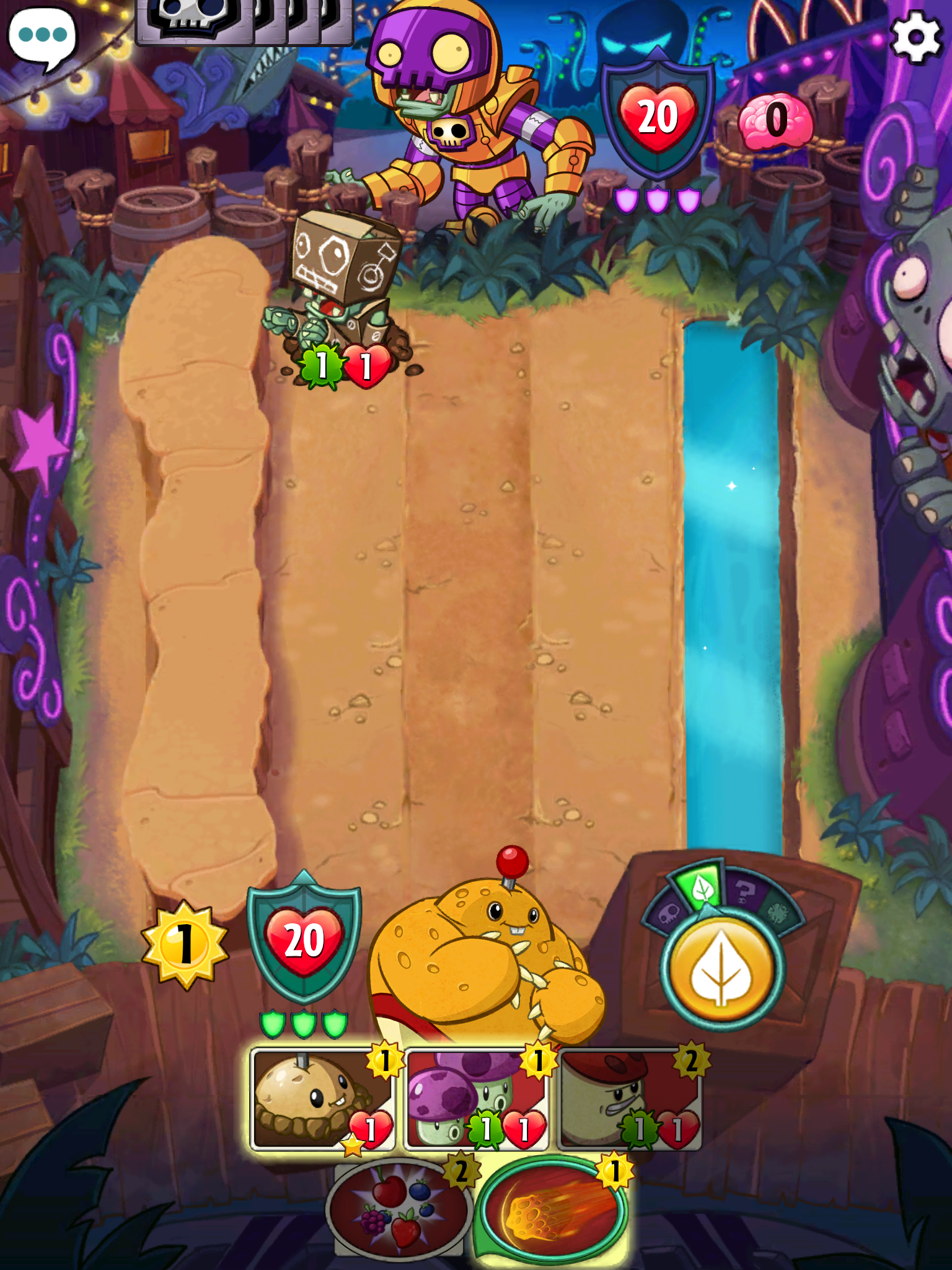 There’s a huge amount of content here, and it means you won’t pick up the game as quickly as you might like. It’s nice to see a game with more weight, but there’s also a chance a lot of players will stop playing before they get to the good stuff.

That lack of immediacy might be a boon to some, but there’s a chance it might limit the size of the player base, which could be detrimental to the longevity of the game.

Even taking that into consideration, there’s a lot here to like. This is a fun game with plenty of concepts that gel together, even if there are a couple here and there that don’t quite click.

Is it likely to dethrone Clash Royale? It’s unlikely. It doesn’t have the momentum of Supercell’s behemoth, nor does it have the same tight compulsion loop to suck you in.

What it does have is a sparkling charm and a massive amount of content. It’s going to draw comparisons to Clash Royale, hell I’ve spent most of the review doing it, but it’s worth checking out on its own merits.

It might not have the chops of Clash Royale, but Plants vs Zombies: Heroes is still a lot of fun
Next Up :
UFO99 review - "A fun little arcade game on the go"