Plague Inc. guide: Tips and tricks for wiping out humanity

All of those with a healthy penchant for genocide rejoice, for we've been looking at the best ways to wipe out the human population in Plague Inc.

Humanity is a spunky creation and you'll need to get sneaky if you're going to successfully bring about the downfall of modern civilisation - luckily for you, we've put together some helpful tips that'll take you from common cold to a devastating HIV/leprosy hybrid. 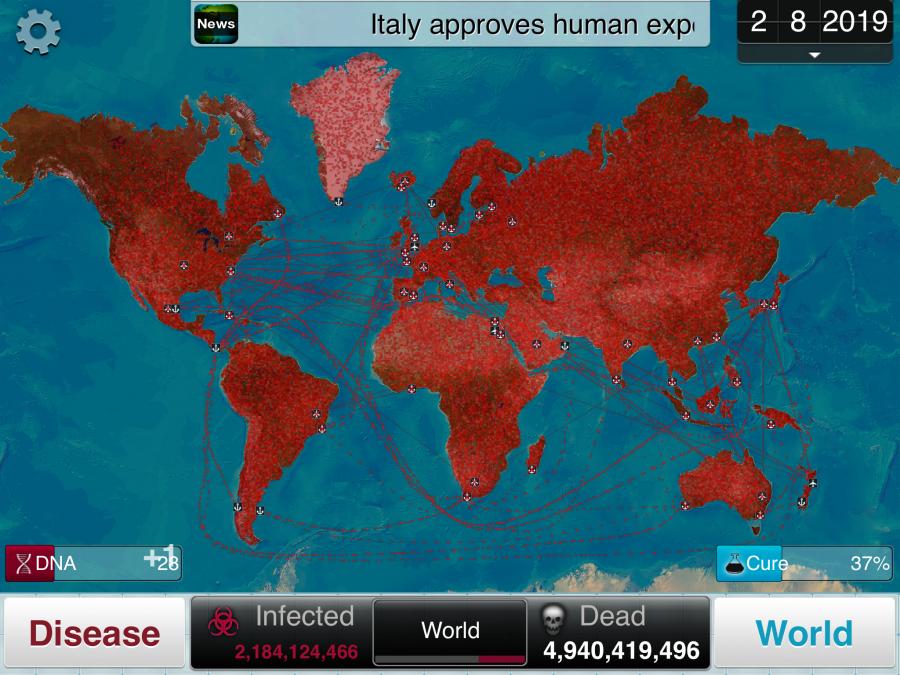 Before you kill anyone of course, you're going to have to choose how you're going to do it. Plague Inc. provides you with a few choices; Bacteria, Virus, Fungus, Parasite, Prion, Nano-Virus and Bio-Weapon.

Each of these has its own pros and cons to factor in when making your choices - the speed at which they spread, mutate and kill are all rapidly different.

And you'll need to think long and hard about their abilities and how you want your strategy to play out. 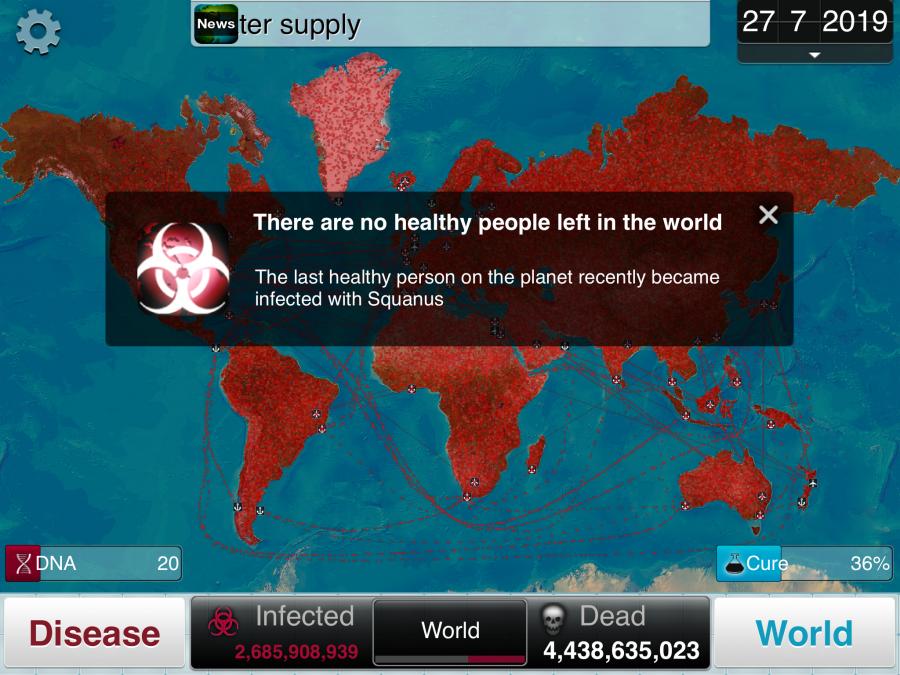 Just as important as which lethal pathogen you're using is where you're going to deploy it. You can choose any location around the world to begin your infectious invasion, but some will be easier than others.

Countries such as America will be tempting with their large population, but the quality of their medical care will hinder the spread of your disease.

Likewise, poorer countries may have the disease spread quickly, but they'll have less ports and airports to spread the contamination globally.

As you upgrade your disease you can make it transmit faster by air or animal, become more resistant to traditional medicine, or even resist heat and cold - use these upgrades to make your virus thrive in its starting environment, before preparing it for the globe. 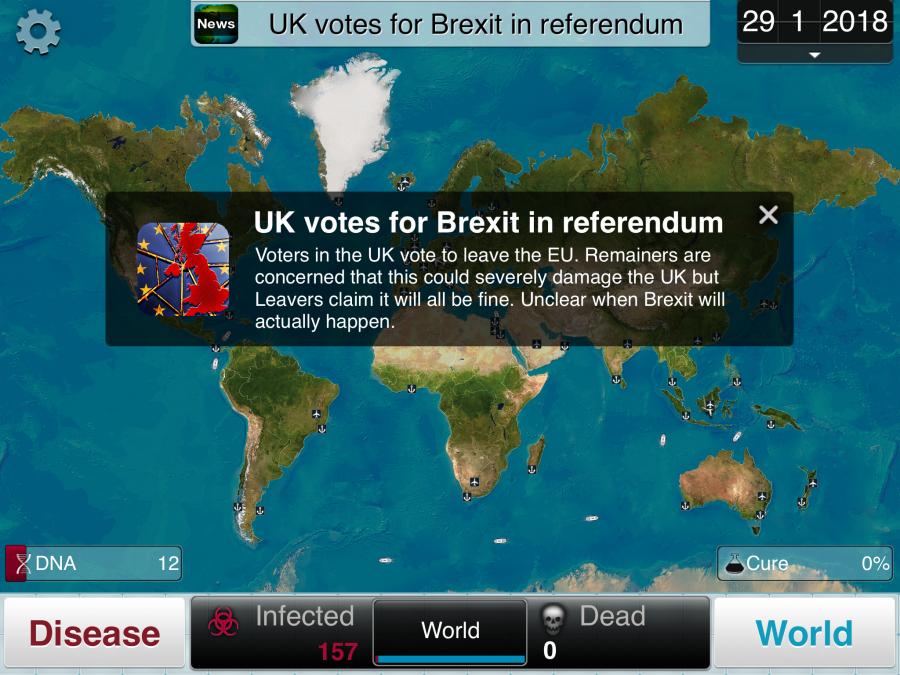 The most dangerous disease is one you don't know you have, and as such, if you can make a disease that has infected everyone before they even realise it, you can quickly take down the world.

Doctors and the World Health Organisation will take notice as your disease spreads and kills people - going undetected is nearly impossible, but focusing on the transmission of your disease instead of the symptoms is a good way to start the early game.

Once much of the world is infected and scientists are focusing on a cure, that's a good time to bring out lethal symptoms which should quickly start killing off swathes of the population. 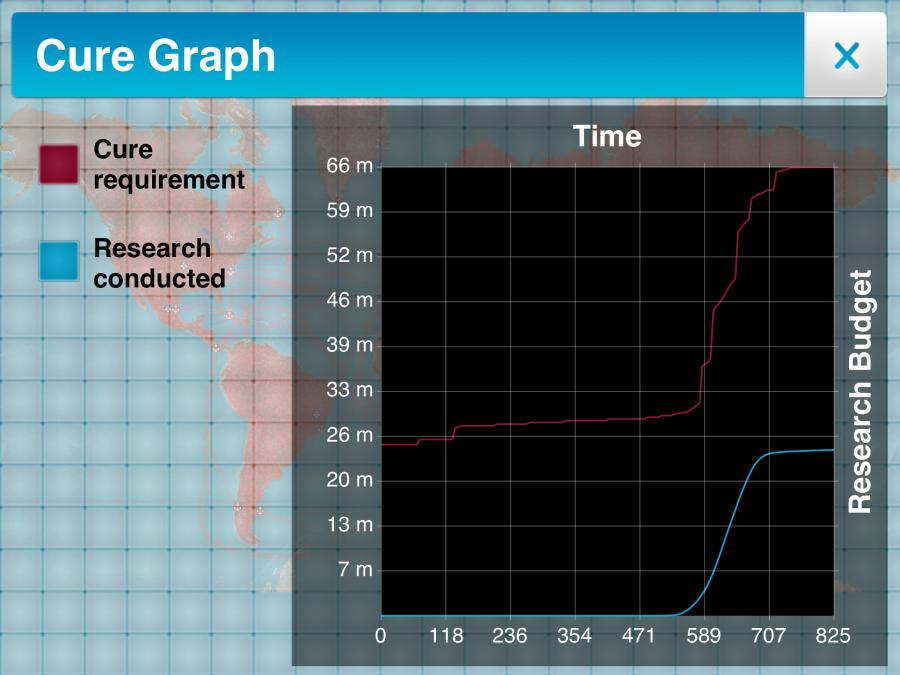 Ever had a cold sweat? That's a complimentary symptom that we've all dealt with at one time, and it's those kinds of frustrating combos that we want our disease to have - but perhaps slightly more deadly.

A good example is boosting the air transmission of your virus, whilst also giving those who have it coughing and sneezing symptoms, meanwhile anaemia is a good coupling with blood transmission.

Also consider the locations you want to infect when picking symptoms - cold resistance is good for moving on Greenland, and even more effective when twinned with symptoms like sweating and pneumonia. 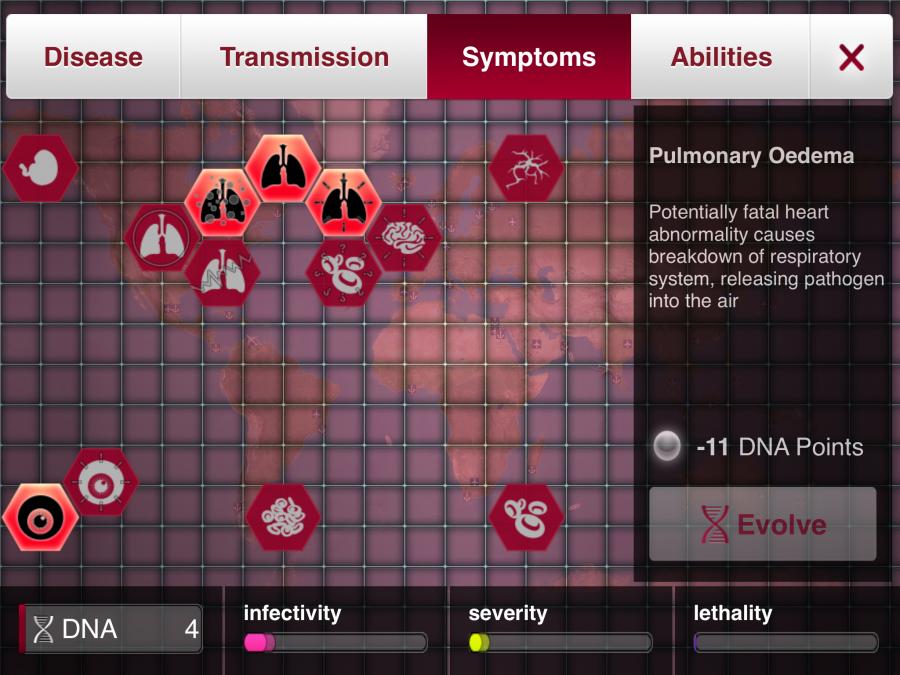 Cure for the itch

Of course, the last thing you want is your disease getting cured. The more people you infect and kill, the more the world's scientists will be attempting to exterminate you by developing a cure.

You'll need to work hard to get away from the potential cure - the most direct way is to use the drug resistance and genetic hardening upgrades on the Abilities screen.

These will lead to the genetic reshuffle upgrade, which will increase the time required to research a cure.

Other good methods include developing symptoms like insomnia and paranoia to slow scientists.

You'll even occasionally get news alerts regarding certain symptoms - things like "Diarrhoea is easier to cure" giving you a hint that you may want to avoid or even devolve your disease to avoid that symptom.

Next Up :
Definitive Fate Grand Order tier list for the "grandest" heroic spirit