Pixel Boat Rush to get a new mode, video replays, and a custom boat editor on May 28th

XperimentalZ Games has announced that its Bronze Award-winning one-touch aquatic racer Pixel Boat Rush will be getting an update on May 28th.

The update will introduce three big features to the game so let's get this out by the numbers:

1. Kamcord video replays will be added so if you perform any gnarly stunts then it'll be captured for you to watch over and over.

2. There'll be a new procedural endless mode so you can see how long your boating skills can hold up.

3. And lastly, a "3-hangars boat crafting editor" is going to installed so you can create custom boats.

To expand on our third point there, as part of it you'll need to collect special pixels, guns, and systems during races. These can then be used to draw out your custom boat. 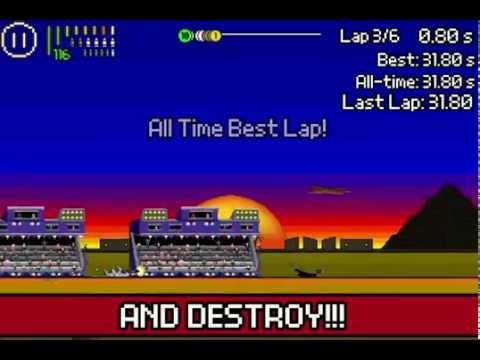 This update will be available for free to everyone who has bought the game already.

And you should be one of them as our reviewer called it a "surprisingly sharp and clever racer [that's] well worth diving into."

Pixel Boat Rush hurriedly rides the waves on to Android, blasting the competition along the way

Out at midnight: Pixel Boat Rush is a retro-looking powerboat racer with a twist for iPad and iPhone

Pixel Boat Rush is a game of skill, explosions, and radical combat racing coming to iOS this October