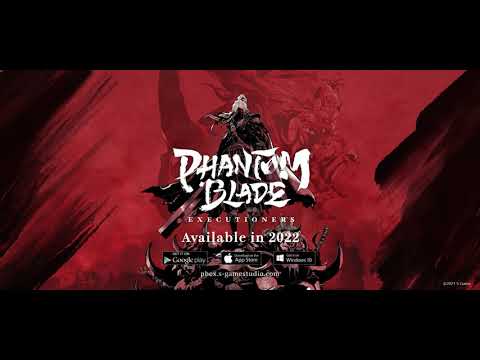 Each chapter of the game will delve into an independent story strand involving one of its five main protagonists as they investigate a case of murder and sorcery. Based on first impressions, you can expect plenty of mysterious characters and mind-bending plot twists involving: spirits, swordsmen, and a secretive transformative power that can turn a human into a literal monster.

Whilst the stunning visuals and imaginative story help set the stage for a truly fascinating RPG, the real blood and guts of the game lies in its explosive combat, where Skill Chains of various combos can be utilised to deliver devastating attacks on opponents. The semi-open 2D level design also promises to deliver a rogue-like experience where plenty of exploration and interaction will be afforded to the player.

Stay tuned for more info about Phantom Blade: Executioners as it develops - this looks set to be a title that no action RPG fan will want to miss!

What's A Preferred Partner Feature?
From time to time Steel Media offers companies and organisations the opportunity to partner with us on specially commissioned articles on subjects we think are of interest to our readers. For more information about how we work with commercial partners, please read our Sponsorship Editorial Independence Policy.
If you're interested in becoming a Preferred Partner please click here.
Next Up :
Elysium Lost is an upcoming RPG that is now available for pre-registration on Android

Phantom Blade: Executioners release date and the rest you need to know