Shelly Alon's Partyrs is the type of puzzle game I was playing while the slightly drunk host at college parties.

It's all about holding a good party, to do that you need to ensure everyone is having a good time. This means guiding them to the right parts of the room so they're united with the object they want.

For me, that meant guiding thirsty people to the beer in the left corner, then usually to the snacks in the top left. After that I had to work hard to keep the two girls after the same guy away from each other - I didn't want a fight to break out.

Partyrs is just like that except it features "party animals, slick monsters, drunk giraffes, music-loving aliens", and the odd human or two. It also takes place across outer space, the woods, as well as in a house. 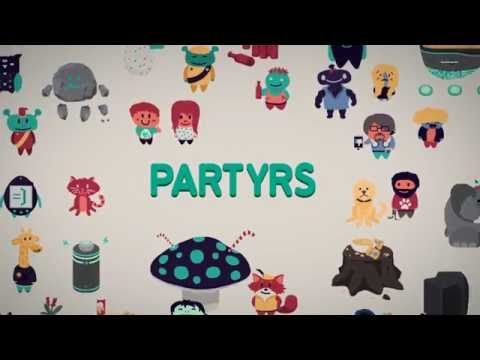 Each party member will tell you what they want through a thought bubble. A guy might want to be next to the cat, or perhaps an alien fancies playing the guitar.

You then have to rearrange the grid of people by sliding them around. Obviously, moving one person means you have to move another, so finding the right positions for each of them is the challenge.

The joyfulness of Partyrs's party theme extends to the game's visuals. Its cute cartoon look somewhat contrasts with the heavy boozing, but it makes the game appealing at first glance.

Partyrs will be released on iOS in September. You can find more information about it on its website.
Next Up :
SAMURAI X - X-Sword Style, a brand new 2D action platformer, launches today

Partyrs is out on iOS now, so grab your party hat and get puzzling

Let your wild side out as you party with animals