Switch
| Paladins: Champions of the Realms

It's been nearly a yearly since the Switch launched, and aside from high-profile titles like Splatoon 2 and Doom, the console is still yearning for a truly great shooter - especially one with a decent multiplayer component.

Hero shooter / MOBA hybrid Paladins goes some way to fixing that, providing a fun, engaging shooting experience with a wealth of characters and abilities to try out in what can be rather tense online battles.

But the whole experience feels like it's lacking a certain spark -and it's also prone to long load times, even longer wait times for matches, and the odd crash as well.

Paladins sees you picking a hero from a pool of over 30 characters and facing off in 5v5 battles in either a standard deathmatch or an objective-based Siege mode.

The latter, by far the most interesting, sees two teams battle to control a single point in the centre of the map. The team that takes control then has to push a wagon full of explosives into the enemy base to score another point. 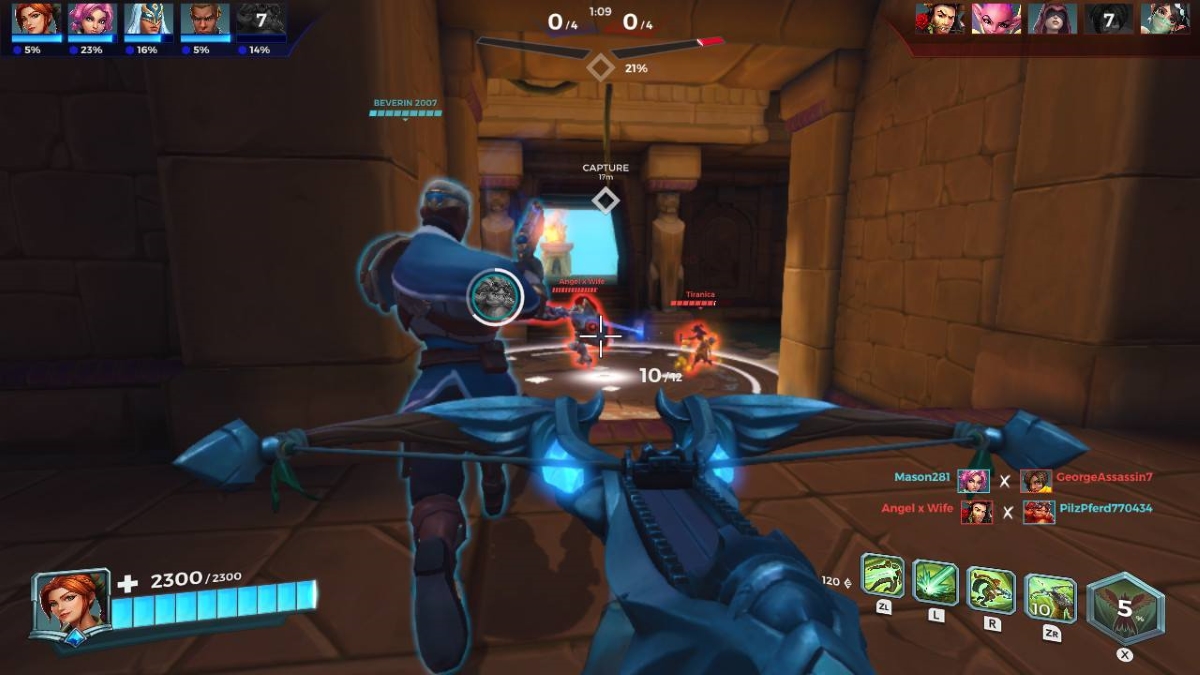 It's a simple case of first to four, but in practice it can be a pretty drawn-out experience. One small slip can cause you to lose the objective or fail the push in the relatively short time limit.

Each hero has its own unique weapon and set of abilities, and they all belong to different categories - Damage, for straight-up attacking, Flank, for dodging around the side and hitting the enemy before they see you, Frontline, for tanks and bullet sponges, and Support, for healers and buffers.

If you're just looking for a straightforward shooter experience, you can easily jump into a Damage role and rain hell over your enemies - though, frustratingly, you can't change hero mid-game if you decide you're bored of your current role.

You also need to buy items from the spawn point during matches to give you an advantage over the enemy, and you can build a deck of power-ups to take into battle with you, adding more depth to matches.

It's easy to look at Paladins and call it a poor man's Overwatch, but it brings enough MOBA ideas into its hero shooter world that it does feel unique and interesting in its own right.

Yet, it's all a little soulless. Your characters are little more than pawns with guns fighting it out, and the game wears its influences quite proudly on its sleeves, from the art style right down to the menu music. Paladins is a game without its own identity - you can tell it wouldn't exist had Overwatch not been released. 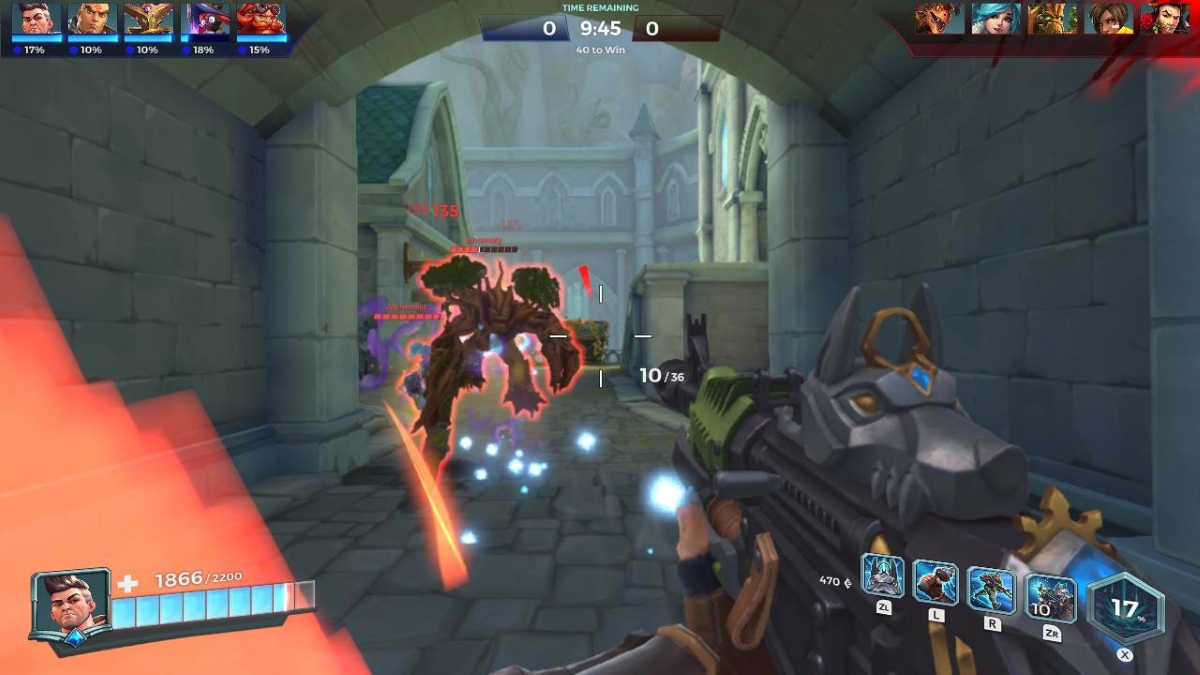 There's also the fact that everything's just a little bit too slow, especially when navigating menus and joining games. Be prepared for five-minute waits just to get into a casual Siege match - or to be thrown into a match full of bots without warning.

The Switch edition does have cross-play with Xbox One players, so there's usually people available to play, and hopefully when the free edition lands on Nintendo's console player numbers will pick up. But as of right now, actually getting into a match can be quite laborious.

All that said, Paladins is actually a pretty fun shooter. There's plenty of depth to it, and the wide pool of characters and abilities means everyone's tastes are catered for.

But it all just feels a little bit off. It's trying so hard to be something that it's not, and it never doubles down on its own ideas or identity.

Throw in long wait times for matches and you have an experience which can be quite frustrating, but stick with it and you'll find the makings of a seriously fun multiplayer shooter.

Paladins is a worthy addition to the Switch, but it feels a bit soulless and shallow despite its breadth of heroes
Next Up :
Hundred Days review - "A success for the management genre"