When playing remasters like Onimusha: Warlords on Switch, it's important to remember that a lot has changed over the last 18 years - especially in how developers approach game design.

So, when I say that Onimusha feels incredibly dated, that's a reflection of the game itself. It's a bit clunky in just about every way, from its shoddy voice-acting to its dreadful fixed-camera perspective, all the way down to its weird levelling system and endlessly spawning enemies.

This port, however, is pretty great. If you want to experience an aged game in its best possible light, then this is by far the best way to play it.

Onimusha's story centres around the samurai Samonosuke and his ninja friend Kaede, who are trying to save Princess Yuki from evil demons which are hell-bent on killing everyone in sight.

The action takes place in third-person perspective from fixed-camera positions, much like the classic Resident Evil games, only this time you're spamming the attack button and carefully timing blocks to wipe out every demon who crosses your path. 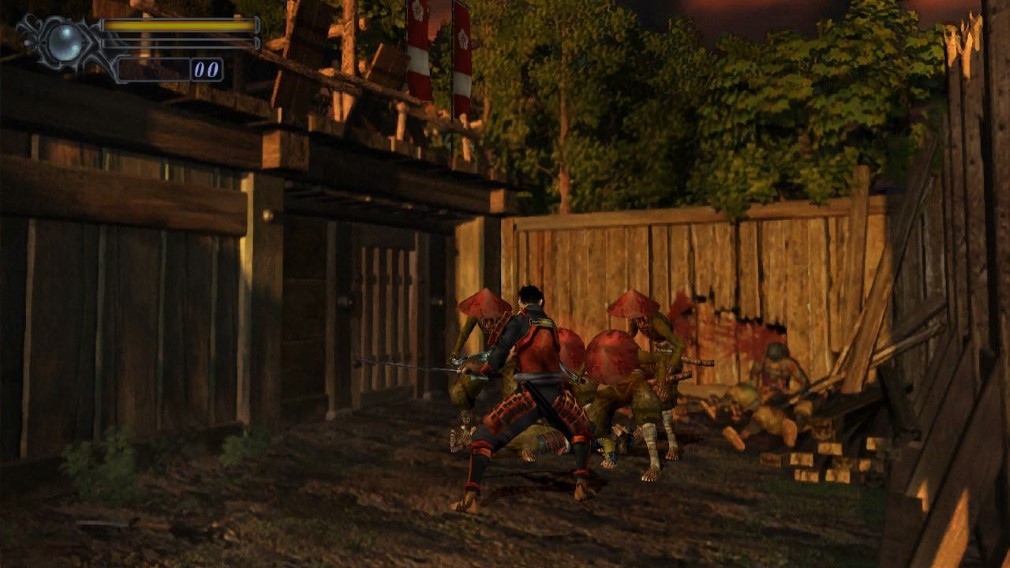 You also have an enormous gauntlet fused to your arm which sucks up souls. Said souls can then be spent on upgrades, or simply recharge your health and magic in the midst of battle.

Overall, it feels like something of a stepping stone between Resident Evil and Devil May Cry. Most of your time will be spent trying to dig up certain items to open doors, or solving puzzles to open some other doors, much like the survival-horror classic.

Even the environment - essentially a bloodstained mansion with creepy catacombs and weird dudes popping out of the woodwork to sneer at you - is basically just the Spencer Mansion but in Japan.

On the flip-side, you'll also have to face off against enormous bosses, use huge combo moves to obliterate enemies, and dodge attacks like you're Dante or Nero.

Back in my day

At the time, this was no doubt revolutionary. But 18 years later, it all feels a little hokey and old-hat. There's only so much work one can do when restoring old material, and while Capcom has done an admirable job with Onimusha, it's held back by decisions the original team made so long ago.

The fixed-camera in particular is a huge pain. Demons can appear out of view and start smacking the heck out of you before you even know where to look, and the controls throw a wobbler every few seconds as you walk around corners into a new screen.

Sometimes the buttons simply don't even respond, and you'll be hammering away trying to attack while your character stands motionless, getting pounded by enemies they could easily defeat.

The story is pure schlock, with some dreadful voice acting to accompany it. You can switch the voices to Japanese if you prefer, though there is something quite comforting about hearing dodgy acting from years past.

And the fact you get forced back to the main menu on a game over is ridiculous. You can load up and jump back in pretty easily - though save points are worryingly sparse - but it's another kick in the teeth that comes straight after having your teeth kicked in. 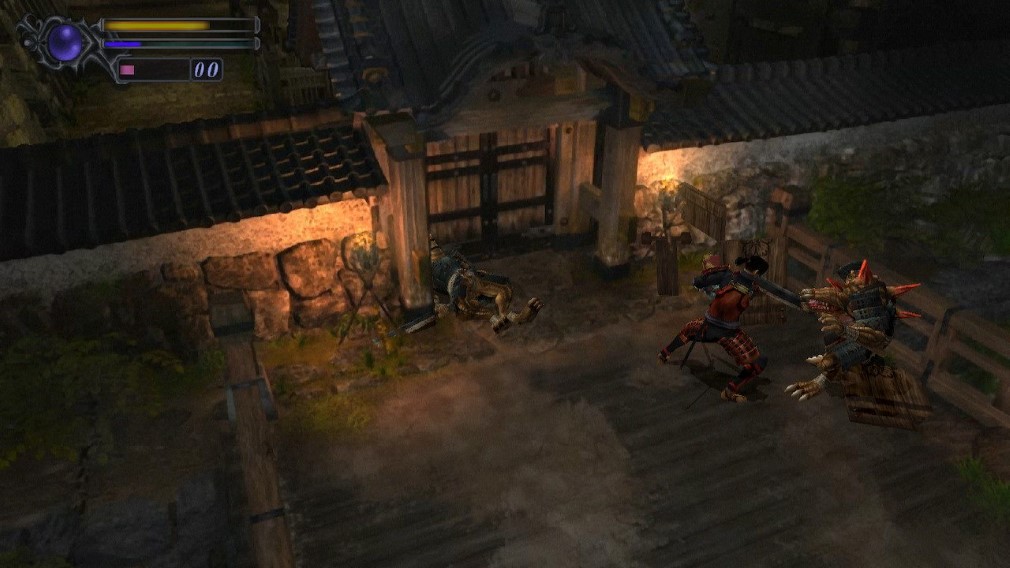 As a side-note, thank God we as an industry got rid of sliding block puzzles in action games. The so-called "crest puzzle" in Onimusha: Warlords is absolutely infuriating, and prone to getting you killed and kicked back five minutes every time you try it. You have been warned.

All that said, the Switch port is pretty wonderful. The main change is that you can use the analogue stick for complete control over your characters - though you can still use the D-pad to try out the classic tank controls of the original release if you're a masochist.

The resolution has also been bumped up to HD standards, but while it makes the character models look a little sharper, it has washed out the pre-rendered backgrounds, making them seem weirdly faded.

It all runs pretty well too, bar the occasional loss of control mentioned previously. You'll get the same performance in handheld mode as you would with the console docked, so you can enjoy it at the same level wherever you play.

Overall, Onimusha: Warlords is a good port of a tired, old game. It's not necessarily bad - again, you have to remember it was released 18 years ago - but it certainly makes you realise how good we have it now.

From the god-awful fixed camera perspective and terrible voices, down to the frustrating puzzles and being kicked to the main menu upon your death, there's a lot to get annoyed about while you play.

But as a look back at an influential title of the past, this is the best way to go about it. The analogue controls are an excellent addition to the package which improve the experience considerably, and it really is an interesting piece of gaming history that's well worth taking a look at.

Onimusha: Warlords has received a lovely port to Switch, but the original game just feels old and stale in the modern day
Next Up :
Otaku's Adventure mobile review - "A truly bizarre love triangle"

Onimusha: Warlords is getting a shiny remaster for Nintendo Switch next year