GODDESS OF VICTORY: NIKKE is now open for pre-registration, and here's everything you need to know

Card collecting idle shooter GODDESS OF VICTORY: NIKKE is now open for pre-registration, letting players get their hands on the game as soon as it launches. There will also be bountiful rewards to be given away when sign-ups hit certain milestones, which include an SSR character and more in-game goodies.

In GODDESS OF VICTORY: NIKKE, players will take on the role of leading high-octane humanoids called "Nikke" as humanity's bastion of defence against malevolent alien forces. The sci-fi-themed RPG shooter features real-time combat where players can pick from a wide range of characters each with her own special skills and attacks.

Targeting foes is a fast-paced and adrenaline-pumping affair as players strategise the best offensive manoeuvre to take down foes. The Nikkes have different specialisations that have various advantages against certain types of enemies. For instance, the Sniper Rifle can hit foes' cores from afar, while a Rocket Launcher can deal AOE damage when charged. Special Burst skills can also help turn the tide of battle through full-screen missile bombs or support buffs. 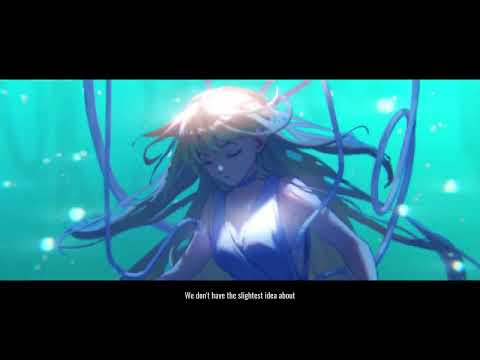 Using high-quality animated illustration technology, the game showcases the vibrant features of each character summoned from the gacha pool. These humanoid weapons have intricately designed details that make each one unique and a thrill to collect. Players can also discover more about their personalities and backstories by building affinities.

As mankind's last hope, these humanoids emerge from the Ark to take back humanity's homeland from the invasion of the Rapture. Players can discover more about the worldview of this gripping post-apocalyptic tale over on the official PV on the game's YouTube channel.

The game features convenient one-handed controls as well with a unique view of the Nikkes as they light up the battlefield with fast-firing rifles, high-penetration snipers, multi-damage shotguns and charged-up rocket launchers.

Players can go on a Story Adventure, explore the map adventure puzzle, climb the Tower for awesome rewards, put their skills to the test in the Boss Rush, challenge the roguelike simulation room, solve puzzles in the Lost Sector and even team up with friends in the Cooperation Battle mode.

When the global pre-registration milestone reaches 3,000,000, all players can score an SSR character Diesel along with Gems worth 10 draws. You can also sign up and receive an email with an exclusive commander pass - be sure to stay tuned for the Open Beta Test announcements as well.

If you're eager to know more, and pre-register for GODDESS OF VICTORY: NIKKE, please visit here, or check out NIKKE’s official channels: Twitter, Facebook, Instagram, Discord.

What's A Preferred Partner Feature?
From time to time Steel Media offers companies and organisations the opportunity to partner with us on specially commissioned articles on subjects we think are of interest to our readers. For more information about how we work with commercial partners, please read our Sponsorship Editorial Independence Policy.
If you're interested in becoming a Preferred Partner please click here.
Next Up :
Interview: Omatsu and Koto discuss Dragon Ball Z: Dokkan Battle's Worldwide Celebration campaign