Tale of Android ARPU: Gingerbread edges out Jelly Bean, so what does that mean for KitKat?

New data from Tapjoy reveals that Gingerbread has surpassed Jelly Bean to yield the highest ARPU across Android operation systems in 2013. 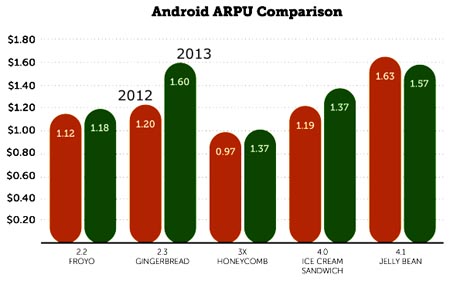 With all of this data in mind and new OS KitKat (v4.4) looming, developers on Android are now facing a crucial decision as to which OS they should develop, test, and QA for first.

From its announcement, Kitkat looked to be the renaissance that Android's fragemented OS ecosystem needed.

As Apple's customers regularly download new iOS versions within hours of their release, Android consumers are historically slower to upgrade - due, mainly to carrier resistance to support new versions. 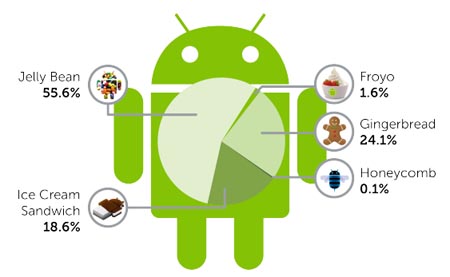 KitKat aims to change that by lowering the overall system requirements (thus making it available for low end Android devices) but, as Tapjoy once again points out, Google's install rollout for KitKat only covered its own Nexus 5 - with no timetable provided for a broad release.

Thus, it might be prudent for Android devs to give KitKat some time to find a home on the market and focus on older versions first.