Remode Studios set to close its doors in March

Remode has announced that it will be shutting up shop in March - at least in its current form - seven years after it was founded in 2007.

The company has primarily served as a developer for hire throughout its lifetime, delivering games for a variety of clients including Sulake, Spil Games, The Wellcome Trust, and Gamehouse.

However, Remode founders Ella Romanos and Martin Darby have explained that Remode's work-for-hire days are over, with the pair now wishing to focus on "developing new ways to raise resources for IP projects".

"Making our own games remains our goal, so we have made the decision to close down Remode as a work for hire studio and focus on developing new ways to raise resources for IP projects," detailed the company on its website.

"We want to say a huge thank you to everyone who has worked with us over the years, to our clients, partners, funders and most of all to our whole team, without the talents and dedication of which we would have not have made it this far.

"It's been an incredible journey, and while this moment marks the end of an era, we're excited about embracing the future." 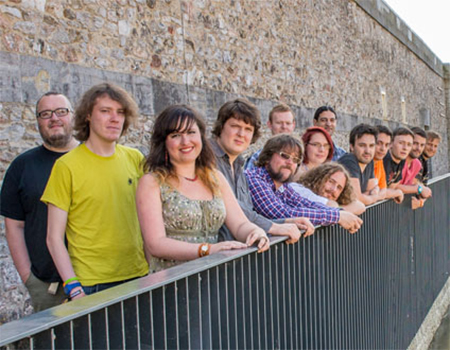 The development of Burrow was bolstered by a £100,000 injection of funds by government's £5 million strong regional growth fund Creative England.