With much attention currently focused on the seemingly changeable fortunes of Symbian, the progress of Nokia's own smartphone OS – MeeGo – has been ticking over almost in the background.

However, a video filmed during the MeeGo Conference 2010 of what Engadget claims is Aava's Virta 2 handset running the OS has now hit the web, helping to cast some light on the latest version of the platform – MeeGo 1.1.

Aside from some obvious aesthetic differences between versions 1.0 and 1.1, much attention was paid to the platform's home screen, which – when locked – provides access to the most commonly used applications in a quick launch bar at the bottom of the handset.

Other than that, organisers also showcased the ability to switch between apps in the appropriately named 'Switcher View'.

The view allows users to swipe between all apps and programs currently running on the phone, sporting what has to be said is strikingly smooth and fluid motion.

Slow the way to go

Of more worry, however, is the loading times the OS currently appears to be shackled by – Firefox, in particular, seemingly taking an age to pop up.

Indeed, compared to iOS 4 and Windows Phone 7, MeeGo has arguably been designed to accommodate a more pedestrian pace, the OS as a whole coming with a functional rather than flashy look. 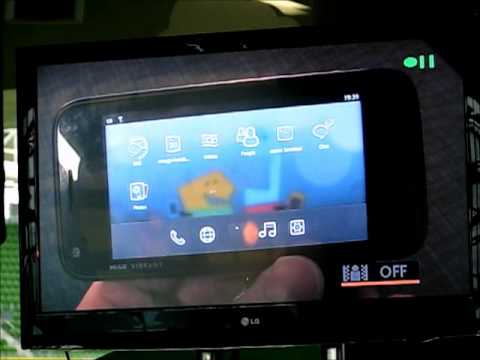 Smartphones and tablets running MeeGo are expected to launch in 2011.