Papa Pear Saga is the next to go mobile

King (née King.com) reports that its complete games portfolio now exceeds 1 billion daily gameplays across both Facebook, mobile and its own King.com website.

Spurred on by the success of Bubble Witch Saga and, more recently, Candy Crush Saga, King's 1 billion daily session milestone comes just days after it announced the upcoming closure of five of its Facebook games - some which have over 10 million games played per day.

Although King did not break down the 1 billion daily game plays between Facebook, web and mobile, it currently only has three titles available for iOS and Android.

That will change in a couple of weeks, when King ports Papa Pear Saga over to the App Store and Google Play.

Currently a Facebook-exclusive, the popular physics puzzler enjoys over 4 million daily players and is compared to PopCap's casual puzzler Peggle. 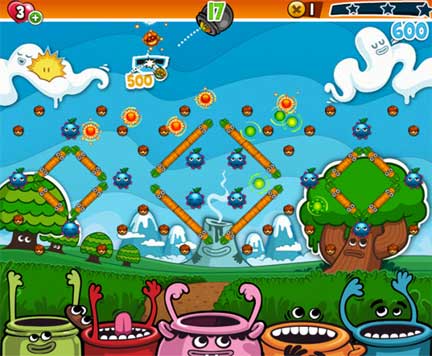 Next Up :
Frantic Fall is a cute love story featuring an orb and a cup, launching soon on iOS