The majority of these games - 22 in total - were inhouse iOS and Android titles from GREE's Japanese studios. Four were inhouse browser games.

Need to get smarter

In terms of GREE's underlying business, it says that smartphones now account for around 65 percent of total virtual coin consumption on its platform.

However, browser-based games (both for feature phones and smartphones) still provide the vast majority of GREE's revenues. 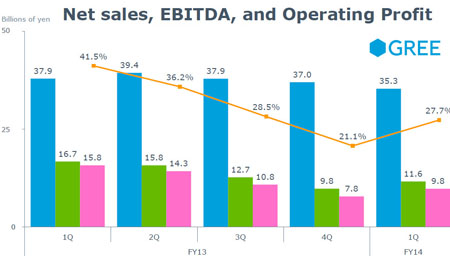 It will look to change this by accelerating its smartphone games business both in Japan and also in western markets. Indeed, it will now formally split its browser and its native smartphone gaming operations into separate business units.

Looking at its future release schedule, GREE hopes to release eight browser games (all from thirdparty developers) and 15 native games over the next six months. 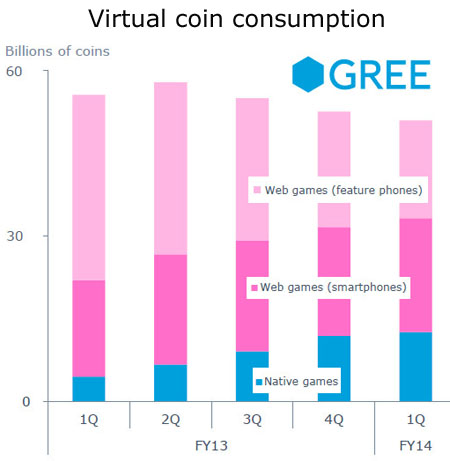 Only five native games will be released outside of Japan, whereas within Japan, GREE is looking to diversify from the card-battling genre.

At least there was some good news for GREE in that it saw a strong growth in virtual coin consumption in overseas markets, where it says that several titles including Knights & Dragons are now generating several million dollars a month. 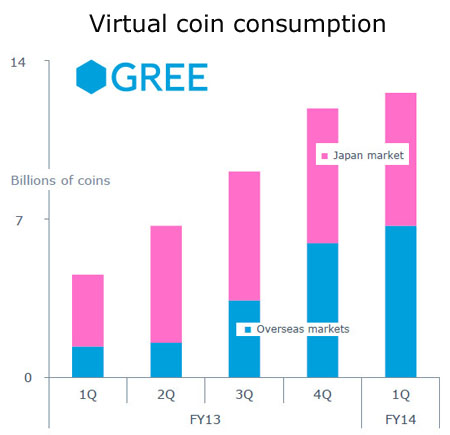 It's also set up what it calls the GREE garage production program, which will see two-person teams rapidly prototyping new concepts over a two week period.