UK trade association TIGA has announced the finalists for its annual awards, and mobile is typically well-represented.

Leading the pack is the quirk PlayStation Mobile/Vita title Haunt the House: Terrortown (SFB Games), which is nominated for best arcade game from a small studio), best debut game, most original game, and best visual design.

Not far behind is Stormcloud Games' Mr. Shingu's Paper Zoo which is nominated for best casual game from a small studio, best debut game and most original game. 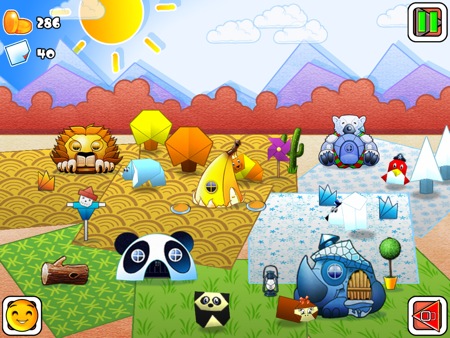 The best arcade game from a large studio category is dominated almost exclusively by mobile titles like Future Games of London's Hungry Shark Evolution, Gameloft's Asphalt 8: Airborne and Rebellion's Joust Legend all in the running.

Sumo Digital's multi-platform Sonic & All-Stars Racing Transformed and Forza Horizon are the only console titles in the mix.

Voting is now open for the 2013 Game of the Year, so if you'd like to make your voice heard or take a look at the full list of the be sure to visit the official site.

The awards will be unveiled at the TIGA 2013 Conference, which kicks off on 6 November at Heatherden Hall at Pinewood Studios.