And do it with Unity

Having been told by Shoot Many Robots developer Demiurge Studios that the game, originally designed for console, was too complex to be controlled via a touchscreen, Owlchemy Labs came up with an interesting proposal for an Android version.

The developer – perhaps best known for Snuggle Truck – decided not to simply port Shoot Many Robots over to mobile.

Rather, as described by Owlchemy Labs founder Alex Schwartz (pictured) during the studio's talk at Unite 2013 in Vancouver, the developer moved to – in his words – "clone" it.

Both Schwartz and CTO Devin Reimer clarified that cloning in this sense meant that, beyond the original game's art assets, everything else for Shoot Many Robots mobile was stripped out. 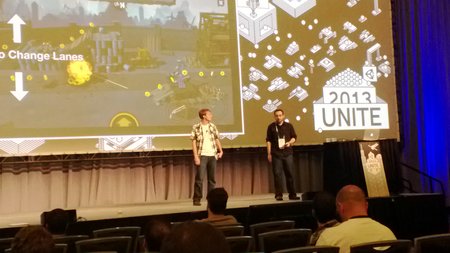 Reimer and Schwartz on stage at Unite 2013

Instead of replicating the game in its entirety on smartphones, Owlchemy instead looked to take the spirit of the game – a side-scrolling action platformer – and recreate it in an entirely new release specifically designed for touchscreens.

The end result was a game that, while different in terms of design and structure to Demiurge's original, still felt like Shoot Many Robots. 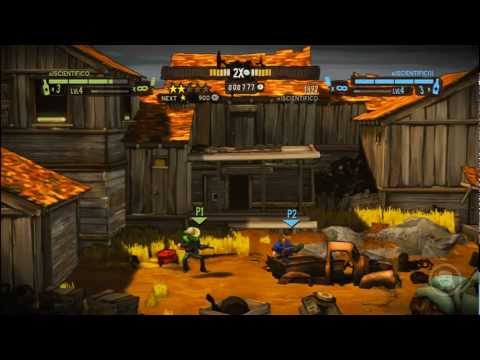 Shoot Many Robots in its original console/PC form

The entire process was, of course, made much easier by using Unity – Schwartz and Reimer dedicating much of their talk to how they used the game engine to develop Shoot Many Robots for Android step by step.

But, crucially, it would appear Shoot Many Robot's legacy may be the noble admission that games aren't universally transferable.

A title specifically designed for one platform can't necessarily be dropped straight onto another – but it is possible to recapture the spirit behind it in a completely new, yet complimentary release.