Momentum built on events and updates

GREE has announced that its free-to-play mobile MMO Knights & Dragons has topped $5 million in revenue in a 30-day period seven months after its release on Google Play and the App Store.

Momentum for the mobile game has built steadily during 2013, with Knights & Dragons boasting $1 million in monthly revenue back in July.

Its latest surge - spurred on by regular updates, in-game events, and improvements to game mechanics - recently won it the I Can't Quit You award in Google's first-ever Player's Choice poll.

Speaking on the milestone, Naoki Aoyagi, CEO of GREE International, underscored this collaboration as key to Knights & Dragons' success. 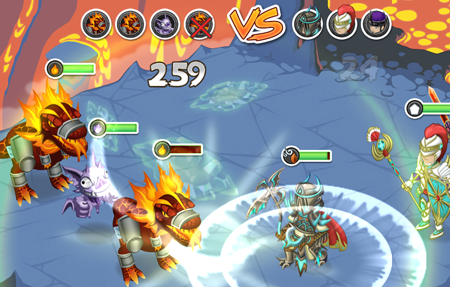 "Hitting the $5 million in 30 days mark was a goal we set for ourselves back in July and we committed to tremendous growth for Knights & Dragons," he said. "Clearly, the teams' hard work and effort has been successful. Our relationship with IUGO, a leader in building high-quality mobile games, is a great illustration of how publishing can work and is a template for future partnerships."