The power of mobile messaging networks like Kakao and LINE isn't just their massive reach.

Because they also act as monetisation platforms, they take a cut of any revenue that happens within them.

Kakao recently announced that it generated $311 million in gross revenues during the first half of 2013, and now we can see how LINE measures up.

This was up 67 percent quarter-on-quarter. 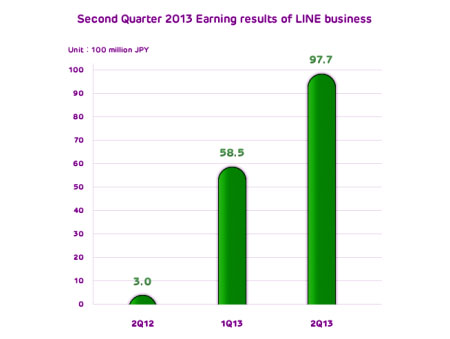 Of this revenue, 53 percent came from game in-app purchases, with 27 percent from sticker packs.