My Talking Angela 2, Outfit7’s dazzling new entry into the Talking Tom & Friends gaming universe, has just surpassed 24 million downloads since its release this month. Angela has so much more to celebrate, of course, as players around the world continue to prove just how much they love their virtual BFF. 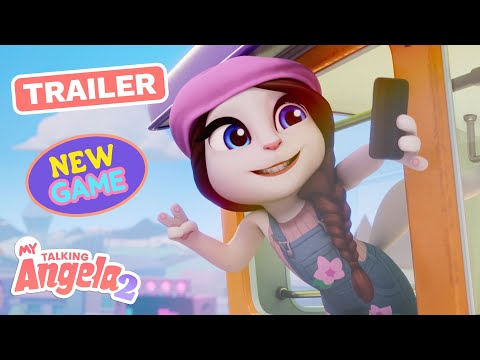 Nabbing the highly coveted top spot on the Google Play markets of 15 countries worldwide, including in the US, Russia, Mexico, and Brazil. Plus, the happy, vibrant, and ultra-stylish pet sim is currently dominating the Top 10 Games charts on Google Play across more than 70 countries (and more than 100 countries on the App Store!). If that doesn’t show how much TLC Angela’s getting from players, what will?

“It’s been amazing to see how many people around the world have jumped at the chance to be best friends with Angela in the new game,” says Outfit7 CEO Xinyu Qian. “Our team at Outfit7 worked hard – and all while working at home during lockdown – to create a modern, exciting virtual friend experience. I’m so proud of the team, and everything we’ve achieved with My Talking Angela 2.”

You can join in on all the fun and start your magical journey of friendship with Angela by downloading the game on the App Store and on Google Play. My Talking Angela 2 is a free-to-play game with in-app purchases.

What's A Preferred Partner Feature?
From time to time Steel Media offers companies and organisations the opportunity to partner with us on specially commissioned articles on subjects we think are of interest to our readers. For more information about how we work with commercial partners, please read our Sponsorship Editorial Independence Policy.
If you're interested in becoming a Preferred Partner please click here.
Next Up :
Dinosaur Park: Primeval Zoo adds ice cream collecting challenge and a new Hadrosaurus in summer event