Mutant Mudds has always been a game that operates on three levels - quite literally.

Ever since it debuted on Nintendo 3DS in 2012, this 2D platformer's standout mechanic has been the ability to jump into the foreground and slip into the background of its otherwise traditional levels.

Your name is Mudd

Along the way you'll encounter optional portals to significantly darker and trickier sub-levels, which combine challenging vertical climbs with inopportune enemy placement. Fortunately you have a blaster to hand to help you fend off the baddies. 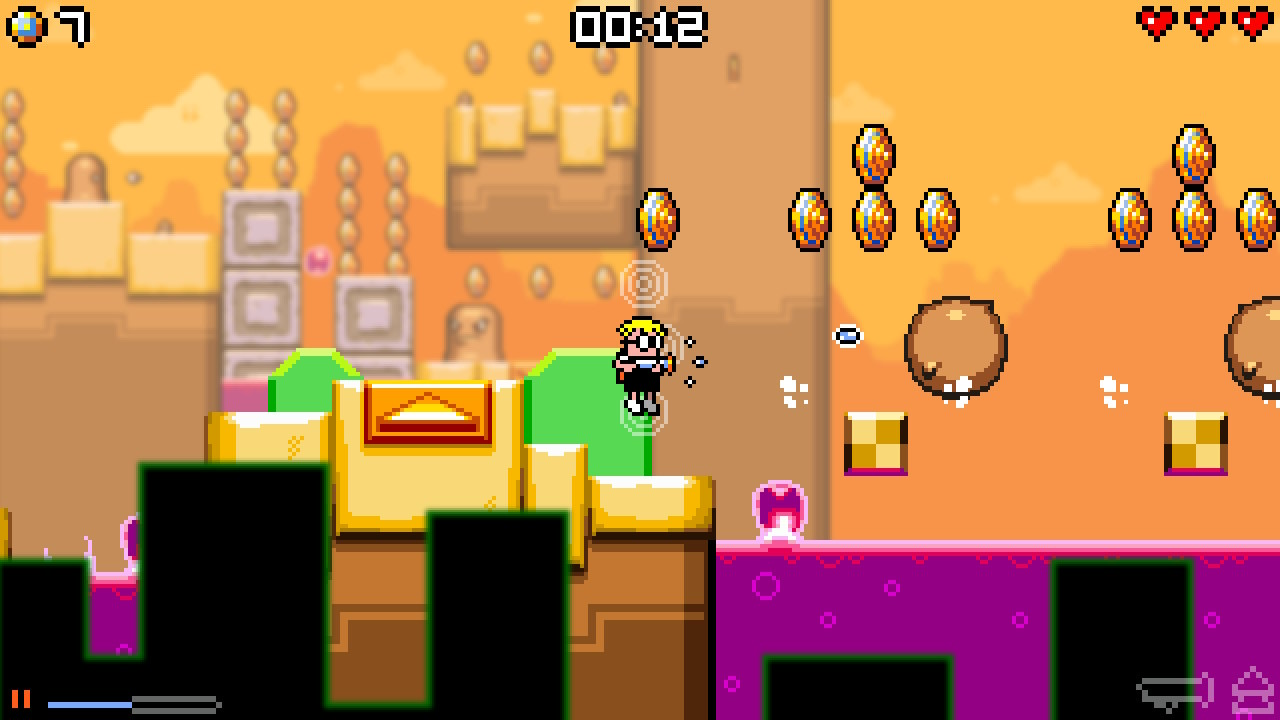 You also need to master your limited jetpack ability, which behaves like an extended double jump. Activating it just above a set of insta-death spikes is both a stomach-churning thrill and a required skill.

That's especially so with Mutant Mudds Super Challenge's levels. They're completely distinct from the original, as well as being way more difficult, and they also feature boss battles.

We've reviewed the original Mutant Mudds twice before. Besides the 2012 3DS original, we also covered a mobile port in the same year.

On both occasions we picked fault with the game's controls, albeit for different reasons. Here on Switch, though, we have no such complaints. 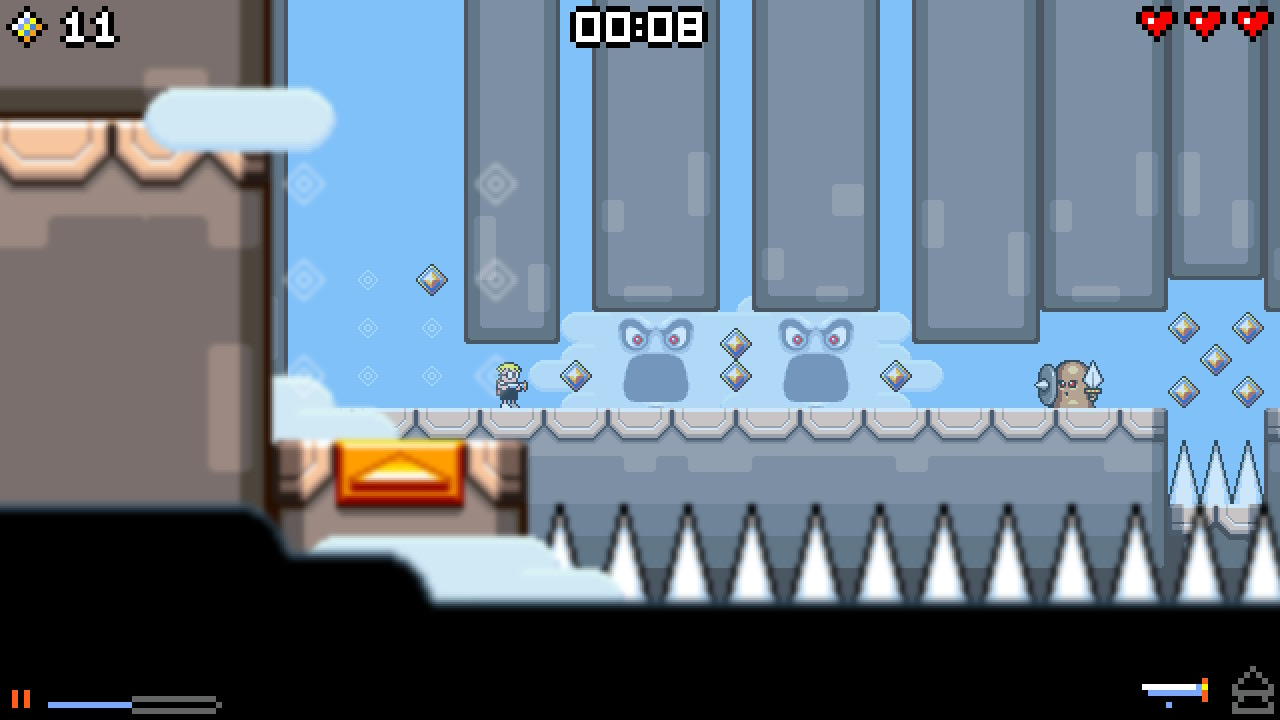 Both Deluxe and Super Challenge feel like the sharpest, most responsive versions of this quirky game, whether you're playing on the default Joy-Cons or a Pro pad.

That's not to say that Mutant Mudds has become any easier. Even the supposedly easier original game - here presented in its ultimate form - is a tricky customer that often requires pinpoint jumping.

The third game in the package is completely different from the other two. Mudd Blocks is essentially a classic block-dropping match three puzzler, but with a Mutant Mudds skin.

It's perfectly fun in its own way, and it's a little different from your average example for the need to drop bombs to detonate your matches. But it's easily the least essential game here.

That being said, Mudd Blocks does provide the Mutant Mudd Collection with a local two player mode, which shouldn't be dismissed given the Switch's social focus. 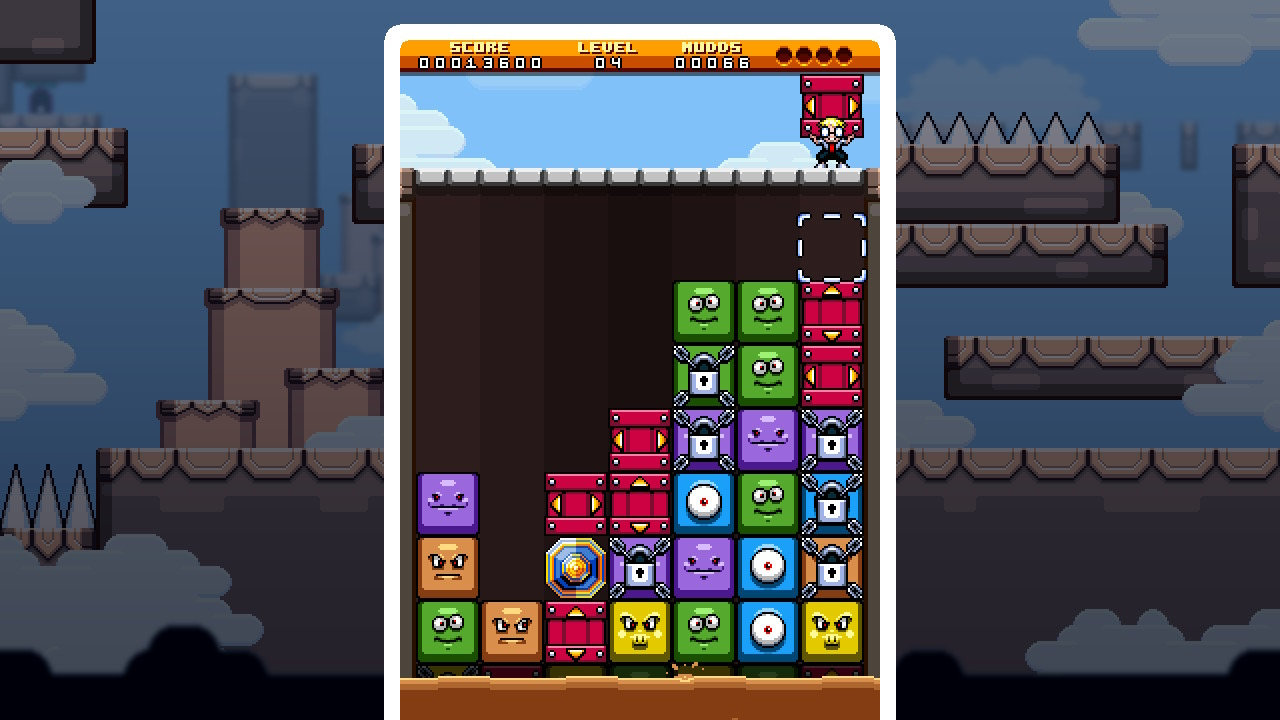 As a package, Mutant Mudds Collection is a weirdly nostalgic effort. This would almost feel like a mini-compendium of forgotten 8-bit gems, if it weren't for the give-away silky scaling effects and other modern flourishes.

If you're after a tough old school platforming challenge with a sharp twist of something different, it's money well spent. For those who are familiar with Mutant Mudds already, just know that this represents the game in its ultimate form(s).

A tough, generously proportioned retro 2D platformer package - with a decent match-three puzzler thrown in as a bonus
Next Up :
REDMAGIC 8 Pro review - "A beast in performance, but not without growing pains"

Check out the launch video for Mutant Mudds Deluxe

Mutant Mudds Deluxe heading to Vita on December 17th in US