Many have commented on how short Super Mario Odyssey's main story is, but Moon Hunters firmly places that view into context.

Each run at this roguelike RPG lasts a fixed three in-game days, and it's possible to run through each of those days in less than 20 minutes.

Yep, Moon Hunters is a game that you can 'complete' in less than an hour. Except of course you can't. There's more to it than that, although perhaps still not enough.

Every run at Moon Hunters is a tiny, fully formed pocket epic. You might be able to complete a run over lunch, but in the game's fantasy fiction you're writing up the deeds of a legend in the local history books.

You start by picking one from a handful of gifted moon-worshipping warriors, each belonging to your choice of discipline and tribe. There are ranged magicians, traitorous sun cultists, silver-haired stabbers, bulky warriors, and plenty more to discover besides. 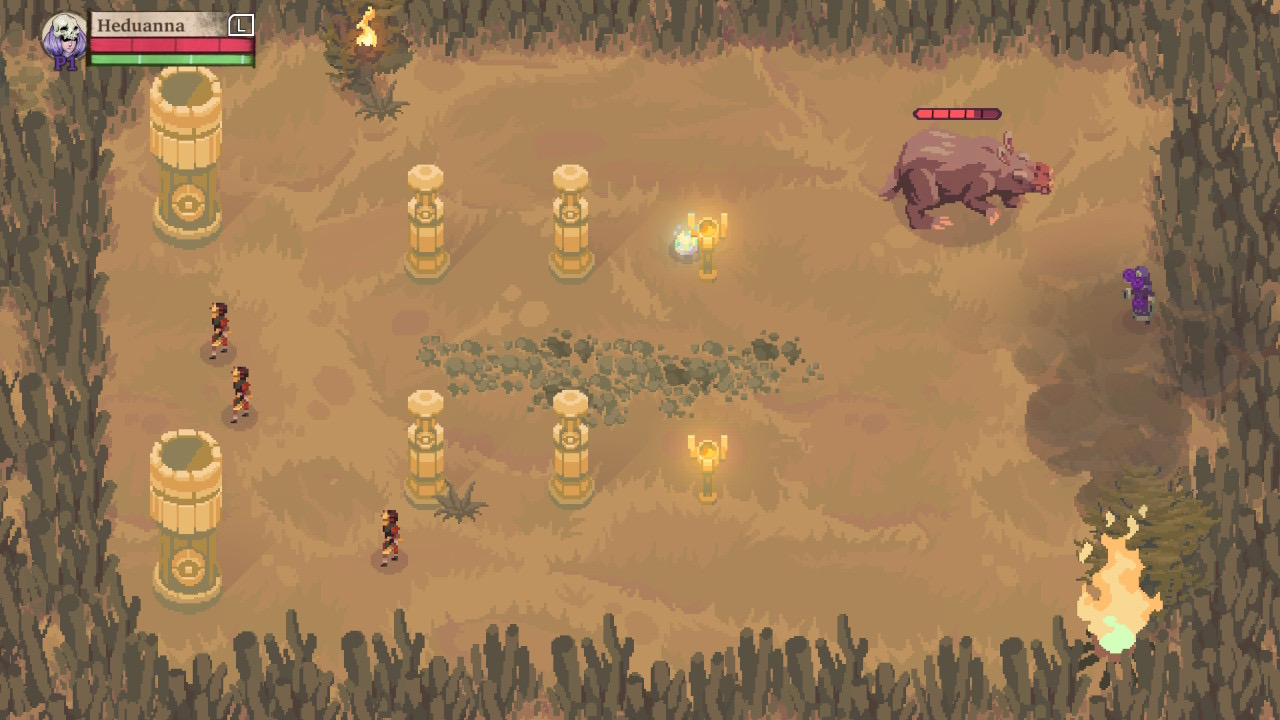 Every run follows the same basic path - trek to your starting village, discover that the moon hasn't risen, receive an ultimatum from an encroaching sun cult, spend several days preparing for the final face-off with the cult's leader.

I would have offered a spoiler warning, but as I said, you'll discover all this before the big clock hand makes a single circuit.

This conceit undoubtedly gets repetitive, to the point where I found myself skipping the lovingly drawn cutscenes after the very first run.

What changes in between runs, however, is the little details. You'll encounter new character vignettes and new randomly generated fearsome creatures. 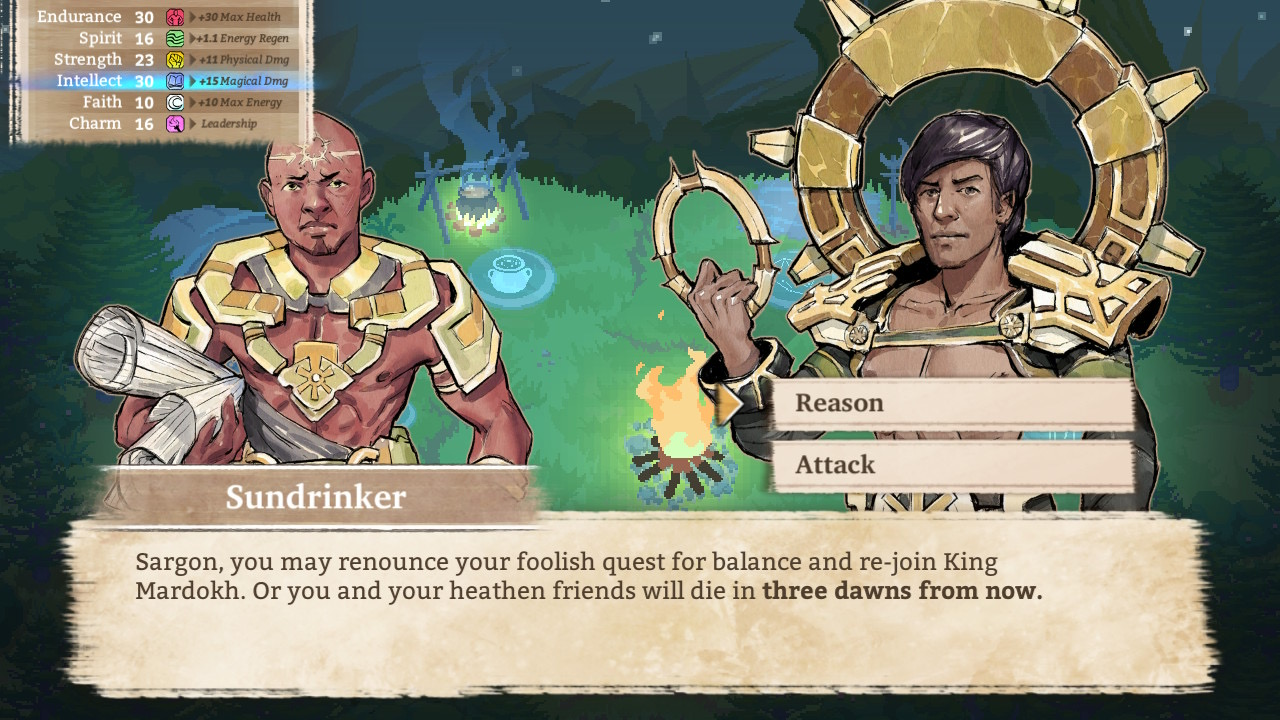 Most such random encounters offer you the chance to make a simple binary choice - whether to pray at or defile a shrine, whether to condemn or placate a certain character - which can level up your abilities and even give you a reputation.

That reputation system in turn unlocks further conversation and action choices later on, and seems to help affect your post-game write-up.

I haven't really spoken about the action in Moon Hunters, because this is probably one of the game's weakest elements. There's a lot of simplistic hacking and slashing involved in the game as you explore each compact map, and it typically involves the same thing regardless of character.

You pound the main attack button until the enemies get too close, then you use your warp/dash ability to evade attack and continue. Groups of enemies can also be handled with an area-effect special attack. 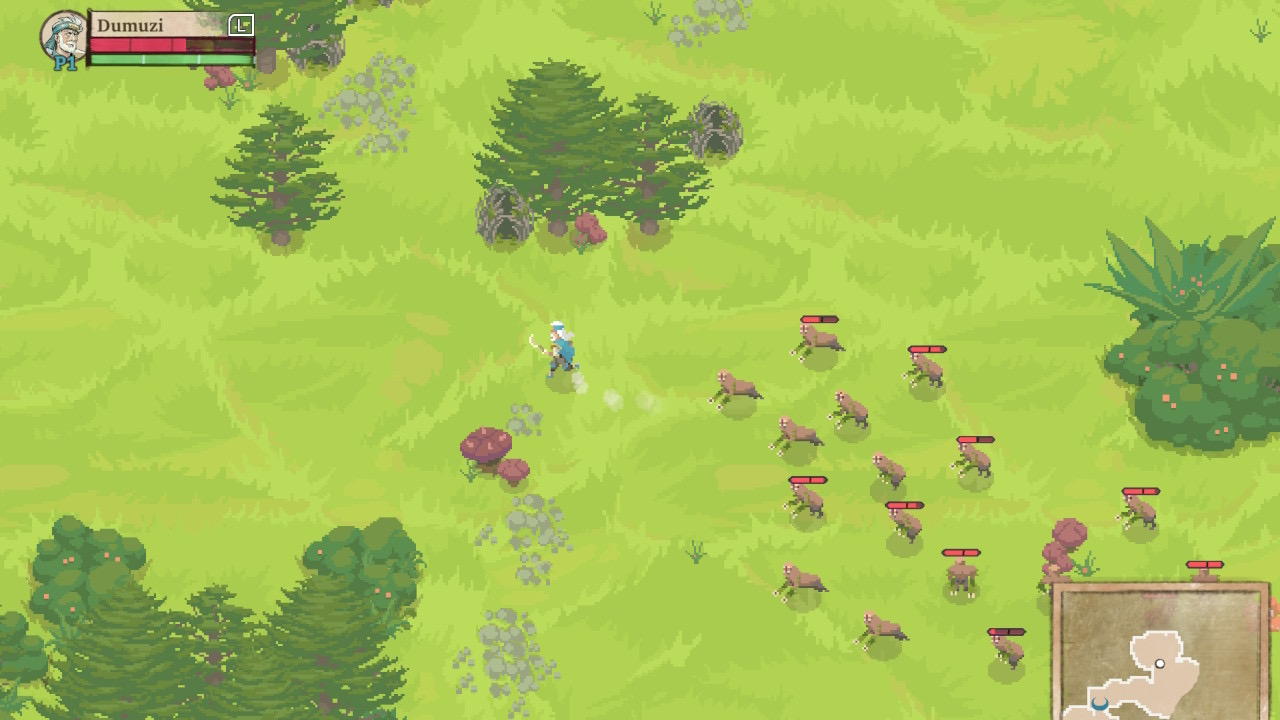 The enemy AI is uniformly dim. At one point I found myself leading a large gang of monkeys on a merry chase around a forest. All that was missing was the Benny Hill music.

These moves do vary between the classes, but their effect is always the same, as is the rhythm of combat.

It's good that there's local multiplayer to mix things up - particularly on the Switch, which was built for such things - but your strategy won't particularly change with more players.

Moon Hunters might suit the Switch with its brief runtime and local multiplayer, but it hasn't been well optimised for the platform.

Load times are horrendously long, while I noticed numerous pauses and stutters while out in the field beating up warthogs. While Moon Hunters has a certain prettiness to its pixel art graphics, it's by no means a technically demanding game. 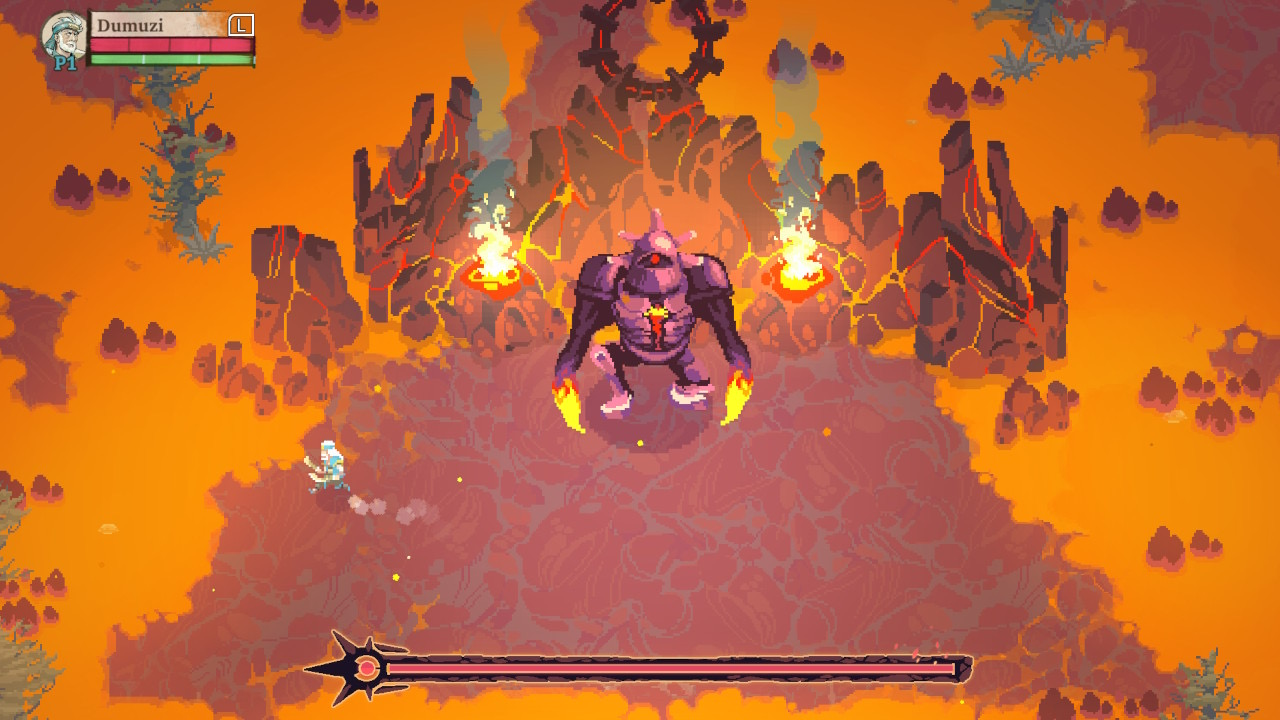 These technical hiccups add to the sense that Moon Hunters is a game with praiseworthy intentions, but slightly disappointing execution.

It brings an appealing, accessible slant to the old roguelike indie game template, but it's just a little to slight and stilted for its own good.

A compact roguelike RPG with an interesting conceit, Moon Hunters falls down a little with repetitive action and clunky execution
Next Up :
REDMAGIC 8 Pro review - "A beast in performance, but not without growing pains"