It's essentially a straight port of the 3DS Monster Hunter Generations, a game we absolutely loved at the time, spruced up for the newer hardware.

And that's both a good and a bad thing - it's pure Monster Hunter goodness that you can take anywhere, but it feels like Nintendo's consoles are now playing catch-up behind everyone else.

Monster Hunter Generations Ultimate throws you into a land full of monsters and gives you a variety of weapons and items to kill or capture the beasts with. 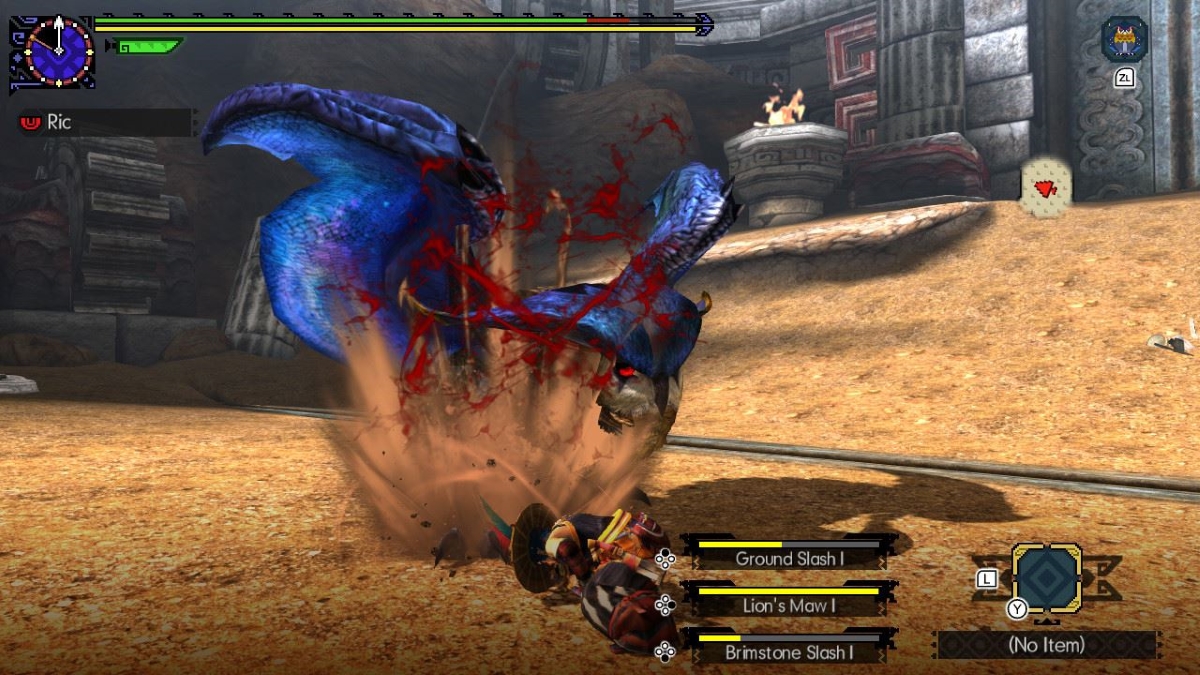 You fall into a rhythm pretty quickly - go to the quest giver, choose your quest, head out into the questing area, kill the right monster or monsters or gather enough of an item, and then head back.

You'll need to use some of the items you find to craft new equipment and weapons to make yourself stronger, and you can always sell bits you don't need to afford bigger upgrades and more healing items.

To be honest, starting the game up for the first time is pretty intimidating. There are tutorial quests on offer, but you're greeted with so much new information right from the get go that your head will be spinning before you even get to the quest giver.

But once you've spent some time running about, gathering items, and smashing up little monsters, you'll quite easily get into the swing of things and start doing more interesting combos and gearing up for bigger rights.

Hunting monsters is the real draw here, as the name implies, and some of the beasts you end up fighting are enormous, terrifying, and enormously terrifying. You'll have your work cut out for you no matter which monster you choose to hunt, and it takes time and skill to even begin to whittle their health down. 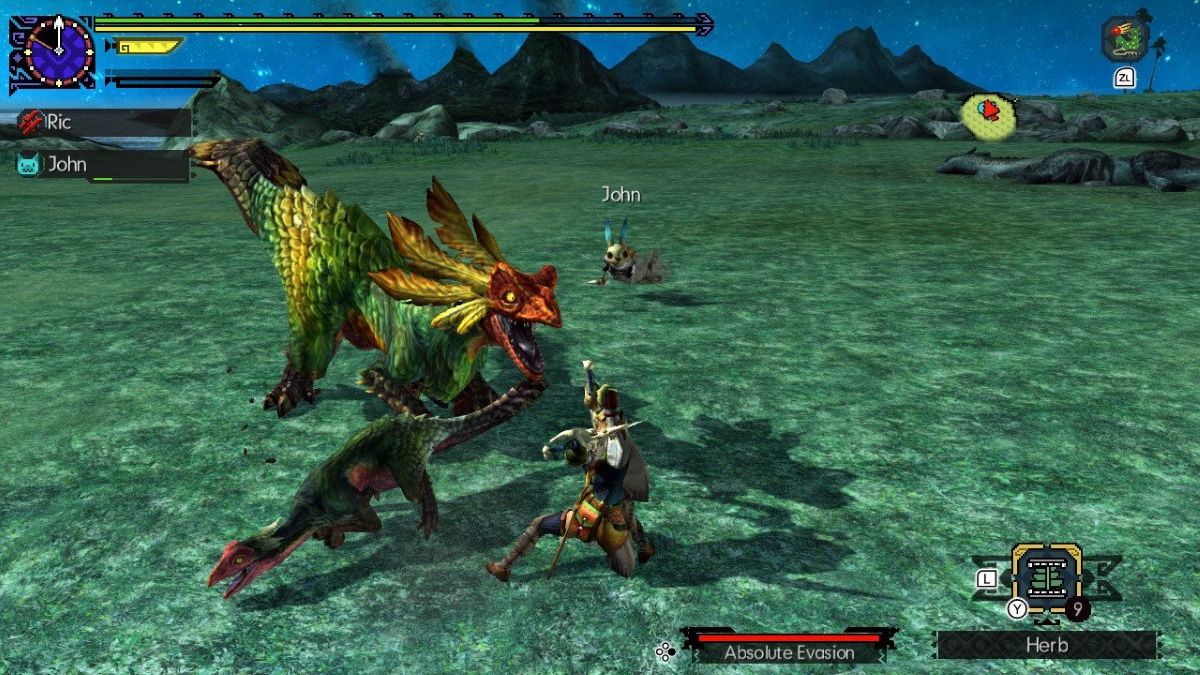 But hunting said monsters also shows the game's age a little. Graphically, everything's just a tad too blocky, and there's never really much to see on screen anyway, leading to a lot of empty spaces with only two or three critters running about.

The world is also divided into small chunks of areas, each with a loading screen between them, so chasing a monster around for ages can become quite tiresome when you're waiting to load into an area every five minutes - especially if said monster knocks you into a loading screen.

Going for a slash

It's not a huge complaint, and the gameplay is rewarding and interesting enough that you won't mind so much, but it does feel like a step back from the advancements being made elsewhere in the series.

Overall, Monster Hunter Generations Ultimate is a game that fans will love, and newcomers will get something out of if they invest their time. It's big, tough, and full of dangers, and if grindy, loot-filled action is your bag, then you should jump straight in.

But the complete package is lacking some spit and polish that more modern titles have, and it feels like something of a consolation prize for Switch owners compared to Monster Hunter World and its many changes and improvements to the series on other consoles.

Monster Hunter Generations Ultimate is getting Zelda weapons and armor

Nintendo Switch is getting its own Monster Hunter exclusive