Use your eyes and pack your bags

Minecraft: Pocket Edition/Windows 10's upcoming Discovery Update is so close we can almost taste it, but until the release at least we've got a tidy new trailer to check out. 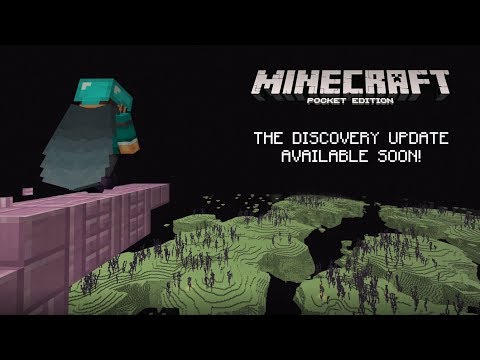 Subscribe to Pocket Gamer on
First brought up in late March, the Discovery Update is going to be a pretty big one. Here, there'll be tons of things to discover throughout the world of Minecraft, from new places to explore, a few new enchantments to try out - including the awesome Enchantment of Frostwalking - and llamas...lots of llamas.

That's only a skimmed thought on what's coming, of course. You'll also be able to dye beds, smelt ingots, and use new blocks to make your buildings look pretty rad.

You'll also see from the trailer that we get a closer look at the mysterious mansion, its traps, and the lurking illagers, and more places to explore and loot in the End. Let's not ignore that winged cape, though. I could do with one of those.

Check out the trailer above and keep an ear out. Apparently the update is almost here, but we'll let you know when it drops.