You'll have snow much fun

Minecraft is arguably the biggest video game in the world. It's been so for several years too and has spanned across essentially all platforms since its release in 2011. This includes mobile as well and it has been available on iOS and Android for quite some time.

One popular server in the game is the Hive one. There, you can play several games including Skywars and Murder Mystery. But a game that can sometimes fly under the radar is Snow Wars where the goal is to defeat the other with a combination of the snowballs and block building until you take over their territory.

With it being wintertime at the time of writing, it only feels right to dish out some tips for this fun, chaotic mini-game. We won't throw any snowballs at you but we will throw a couple of pointers your way (we can also fill the snowballs with tips and toss them at you).

Before you click on the big blue button below, take a look at a few similar articles we have for you: 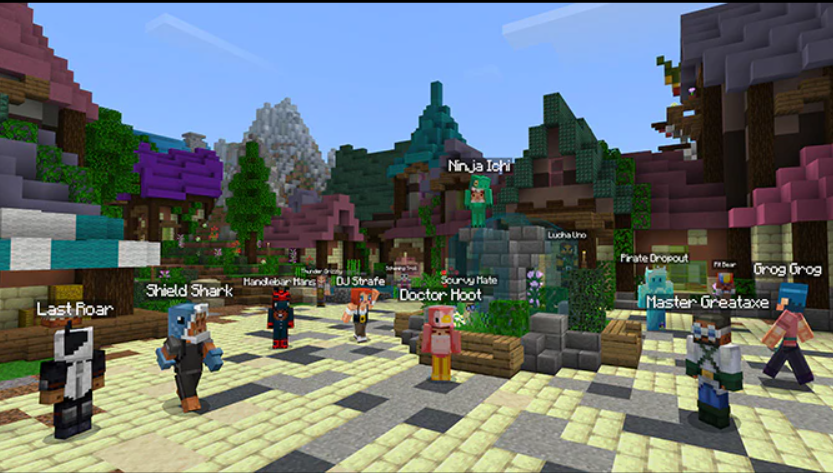 There's a "Build Phase" in Minecraft's Snow Wars but it's very short. Take advantage of this period and build some nice, thick Minecraft castles. You and your teammates will do this collectively. You'll have blocks in your inventory that you can use to start building right away.

These blocks are very fragile and will get destroyed easily. That's just another reason why you should build something nice and tall. Of course, you'll have more rounds to build again before the next "Fight Phase" so don't fret if you don't nail it on the first try.

As mentioned, your teammates will likely but putting things together but definitely, try your best to contribute and make your defense as smooth as you can. You can also place blocks during the Fight Phase but that will leave you more open to getting hit by snowballs if you aren't careful.

Sometimes, in games like Call of Duty Mobile or Free Fire, a good heave with a grenade can strike beautifully and it can be the same in Minecraft's Snow Wars. Therefore, feel free to let those cold, powdery balls fly and let them smack your opponents.

The controls in the game are a tad sensitive so don't be surprised if you chuck all of your snowballs at one time and this is totally OK. Just make sure when they're all flying that you move from side to side so that way, your shots are landing in all directions.

This could give you a better chance at hitting your target(s). Or, you can also just shift side to side in a certain area if most enemies are in one spot. This will be an even better opportunity for you to score some kills if they are positioned like that.

This in some ways coincides with what we said about throwing snowballs in Minecraft's Snow Wars in that it's good to throw on the move. Well, you'll have those brief periods where you won't have any snowy ammo or just a couple of them.

During those lowly times, definitely stay moving to avoid getting hit. It's easy to stay in one spot and fire the couple of snowballs you have but staying mobile will save you some deaths. It's also a good way to show off those dashing evasion skills as well.

Jump around too as this is another way to evade. So basically, as the Brand New Heavies once said in a song: Jump and Move. So although Snow Wars doesn't take place in a huge location, it's all about consistent movement in the end.

Some of our other Minecraft articles:

0/3
Next Up :
Free Fire: A few tips to take note when exploring Alpine