Million Lords recently held its first esports tournament, and developer Million Victories is already looking ahead to the next alongside teasing a new major update. The tourney took place online between the 18th and 20th of May, with players from 27 different countries taking part.

During the tournament, a mixture of experienced players, content creators and newbies joined the competition since it was open to everybody. It proved to be an intense tournament with an average of 47 attacks launched every minute. The developers hope that the contest proved Million Lords is a true conquest game capable of hosting engaging esports tournaments.

Two separate servers were competing during the event, America and Europe. aling emerged victorious in America, with Poundmaker and SPARTANXD taking second and third place, respectively. Meanwhile, Vinkatsukii won in Europe, with PaTaT3 and GodNightmare claiming the silver and bronze medals. Congratulations to them!

Reflecting on his victory, Vinkatsukii, the first-place winner from the European server, said: “It took a steel mentality and a lot of determination, but by learning from my mistakes, I understood the strategies to adopt and thanks to that, I was able to win!” 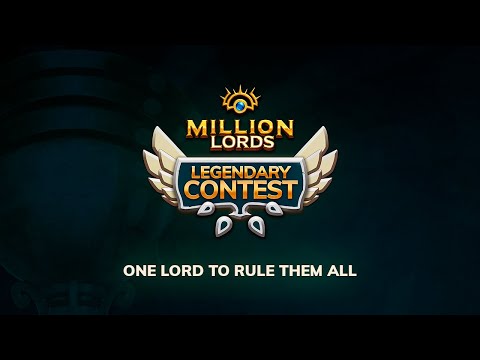 Players can expect more esports in the future, with more details set to be announced in the coming months. In the meantime, they can expect another major update to arrive in June. It will be called Reign of Clans, and whilst they are not giving everything away just yet, Million Victories says the update will focus on social aspects of the game.

On the hunt for some excellent strategy games to play on your phone? Here are 25 of the best available for Android phones and tablets
Next Up :
Fortnite v21.20 update brings New Indiana Jones skin set, Charge SMG, and more