Things aren't going well for Miitomo apparently. While the app launched and saw a huge number of downloads in a relatively short amount of time, it seems like revenue was really small. Worse, after a lack of updates and goals, people weren't returning to the app and the number of daily active users dropped significantly. 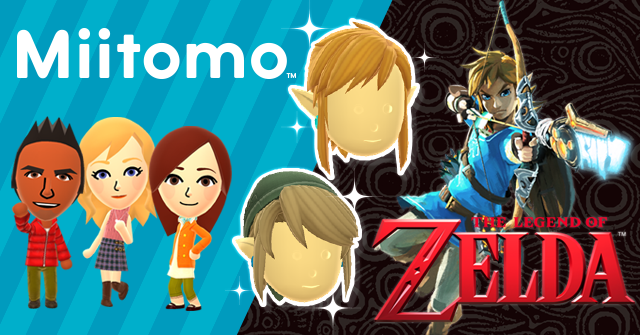 Perhaps as a way to fight back or at least to promote Nintendo's upcoming E3, Miitomo is adding new Zelda-theme clothes, items and stages soon. Just like Splatoon, there's a Twitter event requiring you to retweet this Tweet to get the wigs mentioned.

On top of that, you'll find new clothes in the shop and a new stage in Miitomo Drop that features the next Legend of Zelda for Wii-U and NX. They will all be available starting on June 14.

I'm not sure this will be enough to get everyone back on board but it's still a neat way to promote their games and that's what they always wanted.