We can finally talk about it now!

Mighty No. 9 is a project that you've probably heard of by now.

It's a revival of classic Japanese side-scrolling action games with a substantial coat of modern polish. It's also raised over $2.5 million over on Kickstarter, and - oh yeah - the project leader is no less a figure than Mega Man creator Keiji Inafune.

Now, we get to talk about the game here because Mighty No. 9 might just make its way to the 3DS and PS Vita if there's a last minute surge in backers. 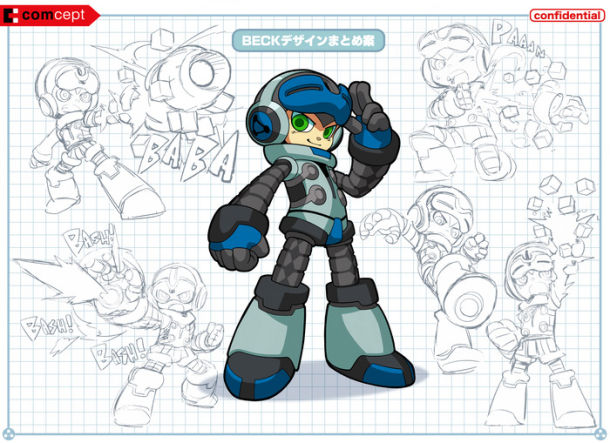 Mighty No. 9 promises levels full of enemies to gun down and plenty of spiked pits to leap over. Better yet, you'll even be able to pick up a new special weapon from the smoldering, robotic corpse of each level's boss once you defeat them.

Several industry (and Mega Man) veterans are joining Keiji Inafune for Mighty No. 9, including Mega Man composer Manami Matsume and level designer Naoya Tomita. Their combined efforts will hopefully create a game that recalls the glory days of the Blue Bomber in all the right ways.

Get equipped with handheld version

That sounds like a long distance to go - and it is - but along the way backers will unlock the Beck & Call online co-op challenge mode, an additional intro stage (complete with boss), a new support character, and PS4 and Xbox One versions of the game.

Not a bad deal, right?

If you think this is something that you'd like to be a part of, head over to the Kickstarter page and help make the magic happen.

Mega Man successor Mighty No. 9 has been delayed until early 2016

A fresh look at some new stages and boss battles

Keiji Inafume hits his 3DS and Vita Kickstarter stretch goal for Mighty No. 9