Midnight Star: Renegade is the perfect example of how not to do a sequel. Sure, it attempts to solve a few of its predecessor's problems, but in doing so creates a number of its own.

It's still an on-rails FPS (first person shooter, for the laymen) in which you blast a bunch of nasty aliens that look like cast-offs from the Halo franchise with a variety of over-sized weapons.

But many of the elements that made the original work - like the plot, variety of gadgets, and rails (more on that in a bit) - have been removed in order to streamline the experience and make it more "mobile".

And it doesn't quite pay off.

At first glance, Renegade handles almost identically to the original. You still tap to shoot, pinch to zoom, and press the on screen buttons to turn and throw grenades.

Where it differs though, is in allowing you to manually move along the rails. When you swipe up, down, or sideways, your character moves in that direction.

It's a nice idea in theory, but it plays like an absolute mess. There's just far too much for you to think about at once. In the space of three seconds you might have to swipe to move, pinch to zoom, tap to shoot an enemy in the face, turn to face a group of enemies, and then tap twice to ready and throw a grenade. 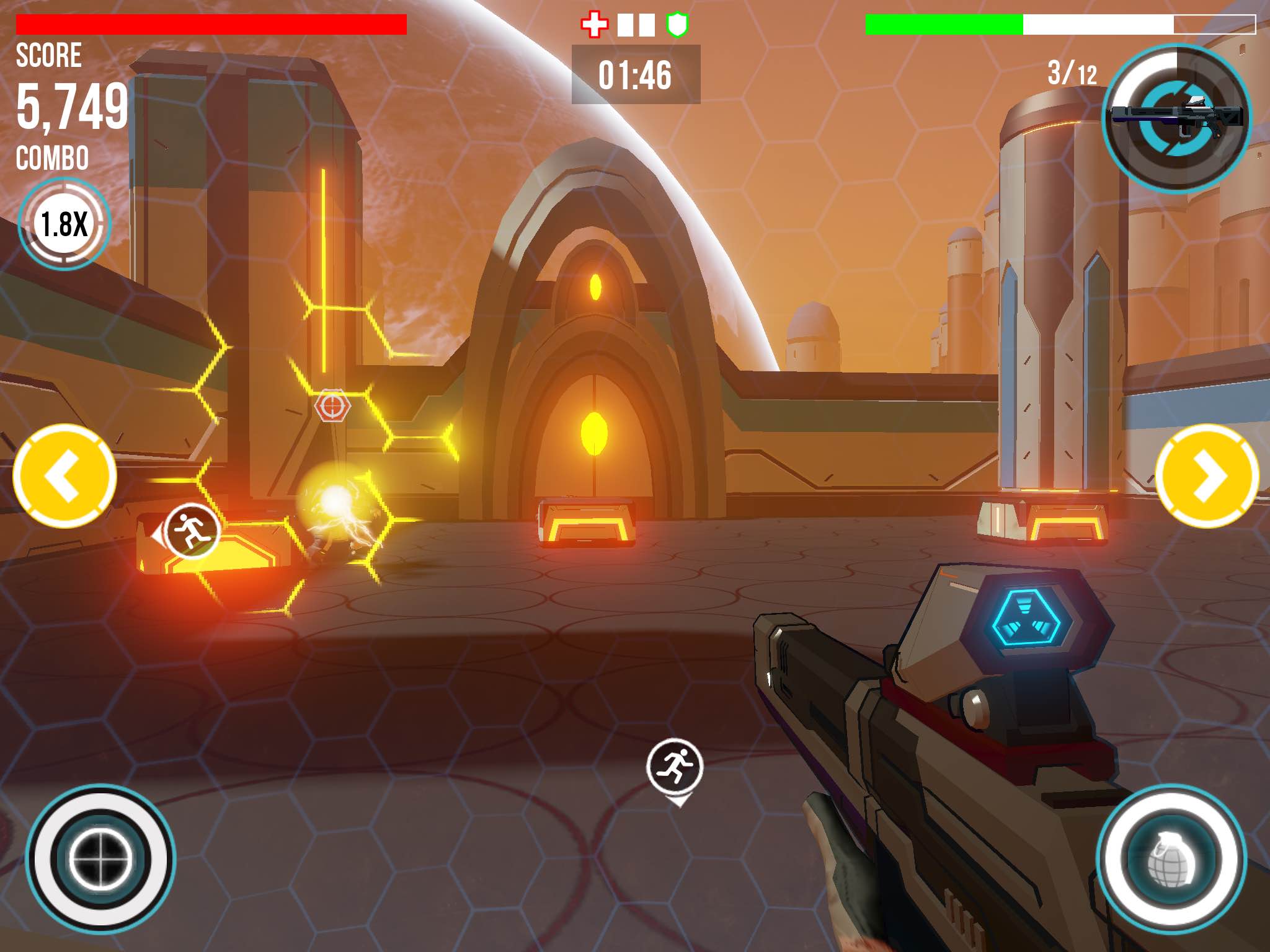 It might sound chaotically fun, but it's not. It's just clumsy and frustrating, and you never feel fully control.

The UI is also much less useful. Before you could see how many enemies were offscreen thanks to a handy number on the turn buttons, but that's all gone in favour of, well, guesswork.

Your gadgets have also been removed. You can no longer hold two fingers down to use your shield, or lift enemies into the air where they'll remain helpless to your shots.

Speaking of missing elements - where's the plot? Where are the interesting locations? Midnight Star truly felt like a portable Halo as you traversed gorgeous alien landscapes, and explored a story that (albeit unsurprisingly) involved saving planet Earth.

While there's some semblance of plot in Renegade, chances are you won't even see it. It's all played out in emails you receive between levels, but the game is so fast in pace you'll probably just ignore them and push on to the next.

It also doesn't help that the emails can only be read on the level select screen, which you'll only see once per session.

So what are we left with? Well, not very much. Renegade boils down to a series of brief, one-minute or so levels in which you have primary and secondary objectives. These can vary from killing all enemies, getting a number of headshots, or collecting items scattered about. You get a star for each one you achieve. 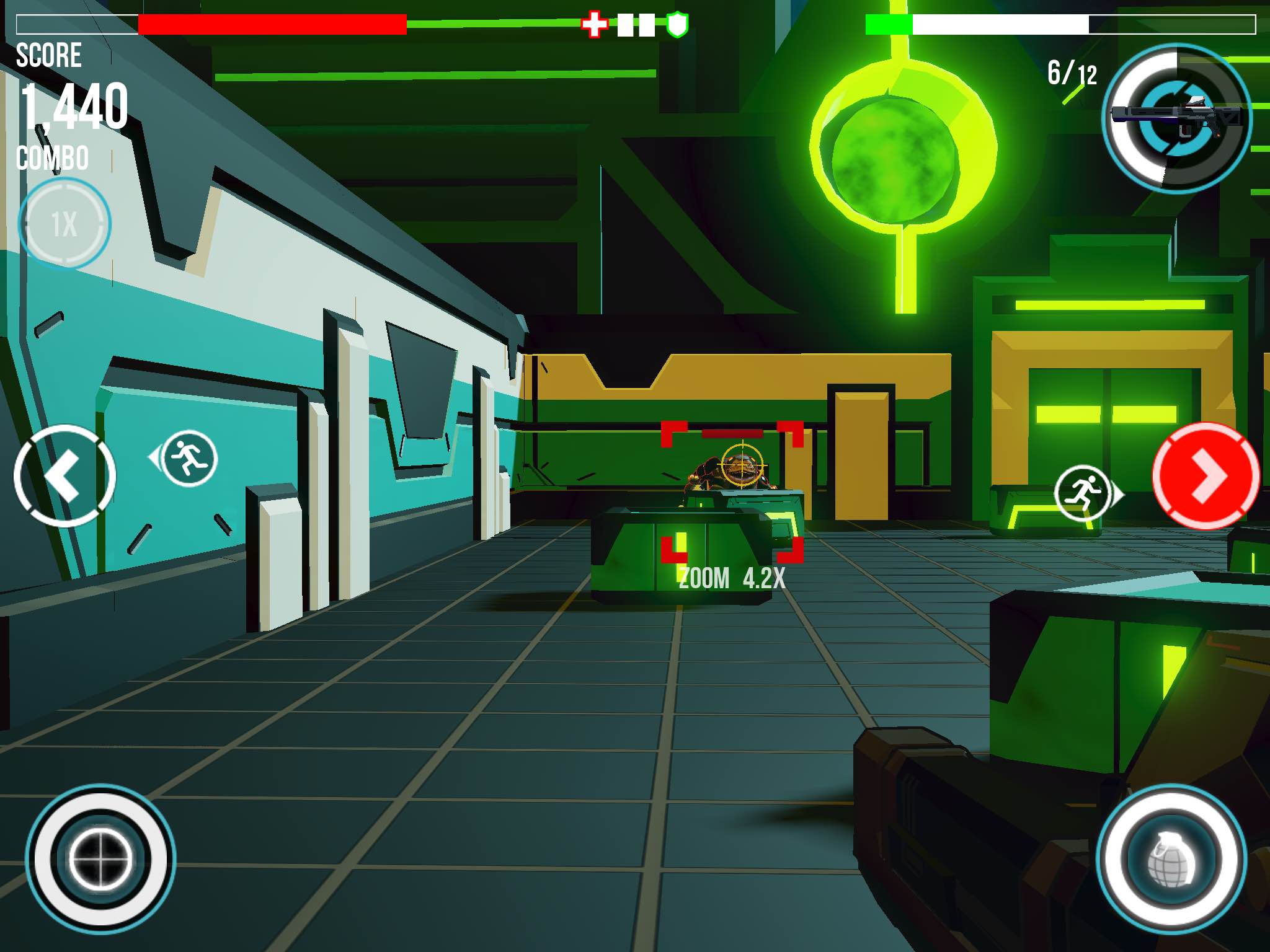 You're frequently rewarded with new upgrade items, and you can use these to power-up your character's weapon, armour, and special equipment - like grenades. It's nothing you haven't seen before.

You also earn virtual currency by killing enemies or salvaging unwanted upgrades. You can spend this currency on crafting new items.

Then there's the multiplayer, which plays almost exactly like a normal level. Except the objective here is to score as many points as possible by comboing kills, getting headshots, and generally being a good player.

In the name of streamlining, Midnight Star: Renegade has taken a massive backwards step from its predecessor, and the result is an experience that's far less interesting or fun to play. The objectives, enemies, and locations are repetitive, the game modes not all that different from each other, and the controls are far more clumsy and cumbersome.

If you're hankering for a new kind-of on rails shooter, then you might get a teensy bit of a kick out of it. But I'd strongly recommend just going back to the original instead.

Midnight Star: Renegade is an enormously streamlined version of its predecessor, and it's a far lesser game for it
Next Up :
Alien: Isolation review - "Chestbursting fun in the palm of your hand"