Switch
| Max: The Curse of Brotherhood

Max: The Curse of Brotherhood isn't a new title by far. First released four years ago, its arrival on the Switch is hardly surprising, but it is welcome.

Though it's certainly aged as the years have gone on, it feels right at home on the portable platform and is decent fun once it gets going.

You can't choose your family

Max: The Curse of Brotherhood kicks off after Max finds his little brother elbow-deep in his toys and generally being a massive pain. As you would do, Max hops online and looks up a spell to make his brother disappear which he reads out with gusto.

His brother's pulled into another universe by a strange, monstrous hand, and it's Max's job to go after him. 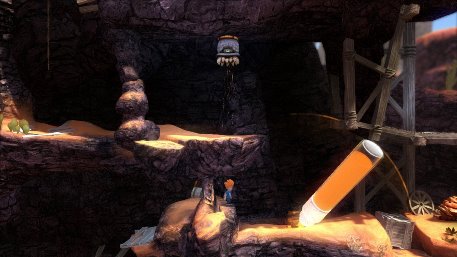 The first few levels introduce you to the primary platforming mechanic before it hands you a magic marker (for real) which helps you build up and destroy obstacles in order to you reach your goal.

You have nothing other than the marker to defend yourself with, so you've got to be smart to outwit the bad guys either by jumping over them, manipulating the ground to trap them, or something along those lines.

Despite it shining best in handheld mode while making use of the touch screen, the Joy-Cons are not as awkward as you'd think. Each interactive area is highlighted and the controls are nice and fluid as you grow and destroy patches of ground.

The level design is also a classic, interesting point. As it's a platformer there's nothing seriously groundbreaking, but the levels offer up a good challenge. In fact, the game shines brightest in its chase scenes which require forward-thinking and fast reactions.

It's also still stunning in terms of the level variety. Whether you're fighting through caves, forests, deserts, or more, you'll never be disappointed by the scenery.

You can curse them

Where the game falls flat is in its janky, sudden cutscenes. They're not badly done or uninteresting, but some of them are unnecessary. This is especially the case each time you pull up one of the antagonist's creepy eye minions and have to sit through the same micro-cutscene again and again.

The occasional ultra-wide angle isn't a deal-breaker, but it does remind you that the game was built for console and larger screens. When this happens you feel a little detached from the character, though that's a teeny gripe. 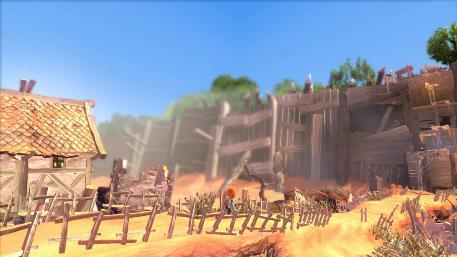 It would also be nice if there was some sort of variety in how the marker can be used. Sure, it's fun creating your paths and solving puzzles, but the layout is incredibly linear for such an interesting mechanic.

Those who previously complained about the title's lack of touch screen will be thoroughly satisfied this time around. Mind you, if you've played it already, there's not that much point grabbing it again.

Despite the fact Max: The Curse of Brotherhood isn't a fantastic game, it is a great platformer/puzzler which does shine up nicely on the Switch.

Though it still can't escape its core downfalls, Max: The Curse of Brotherhood feels at its best on the Switch
Next Up :
Evony: The King's Return review