Touting what it claims could be the "future of original game development", Zee-3 founders the Pickford Bros have announced they've added prototypes of two new games to an update of existing iOS hit Magnetic Billiards: Blueprint.

Both I Sent My Monkey To The Moon and Squish are now available to any owners of the original game who have purchased the Skeleton Key bonus, with amassing feedback from the studio's existing fanbase the motivation behind the move.

"We can try out new game concepts by presenting them to our audience, gauging reaction, soliciting feedback, and building anticipation for their eventual release," said John Pickford.

"That's miles better than making games in private and only releasing them to the world once they're finished, which was what we had to do in the past."

Assets from the original game have been re-used within both titles so not to bloat the update, with the feedback generated likely to determine whether either prototype makes the leap to a full release.

If they fail to resonate with the studio's existing audience, they claim, they'll be shelved.

Co-designer Ste Pickford claims this isn't a one way street, however. There are also obvious benefits to this strategy for players, too.

"By making prototypes available the moment they're playable we're offering players an insight into how original games are designed, and how they change and evolve during development," he added.

"Having players involved and engaged at this stage of the process allows them to give us feedback at the earliest opportunity, guiding and influencing the way the finished games turn out.

"We're not precious about our prototypes though - as game designers we regularly try out risky new ideas. If they don't work we'll abandon them, but if players respond positively then we'll know we're going in the right direction."

This is no short term move, either.

Both brothers claim Magnetic Billiards: Blueprint will serve as an 'incubator' for new game concepts in the future, too, making use of the ease of App Store updates in a manner Apple no doubt didn't foresee.

"A lot of indie developers are finding innovative ways to develop games with audience participation, from releasing games at the beta stage, like Minecraft, or following the 'fail fast and early' model of social games," dded Ste.

"Our 'incubator' plan is to make Blueprint an essential product that's downloaded onto every gamer's iPhone or iPad, not just because it's a great game in itself, but because it offers players a unique opportunity to become involved in the design of future video games."

More details on one of the projects - Squish - can be found on Zee-3's blog, while a video of I Sent My Monkey To The Moon can be seen below. 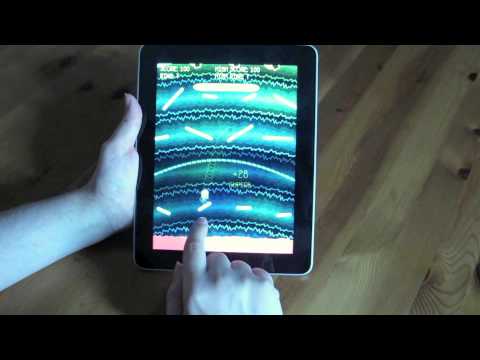 Subscribe to Pocket Gamer on
Next Up :
MMA Manager 2: Ultimate Fight lets you manage and train a team of MMA fighters, out now on iOS and Android

Rush for instant hits on consoles being kicked into touch by long term visibility on iOS, reckons Zee-3's Ste Pickford