Nintendogs was a landmark game for Nintendo's DS. It was a gentle, lovely game which surprised everyone and still holds up to this day.

Little Friends: Dogs & Cats is not Nintendogs. It's not even close. It lifts a number of its gameplay ideas from Nintendo's game, but fails to capture any of the charm or joy.

It has its moments - some of them unintentional - but overall it just makes you wish that Nintendo would hurry up and revive its old series.

Not all dogs go to heaven

Little Friends opens with you picking up one of the titular Friends, giving them a name, and taking them back to your weird, empty house to play with them. 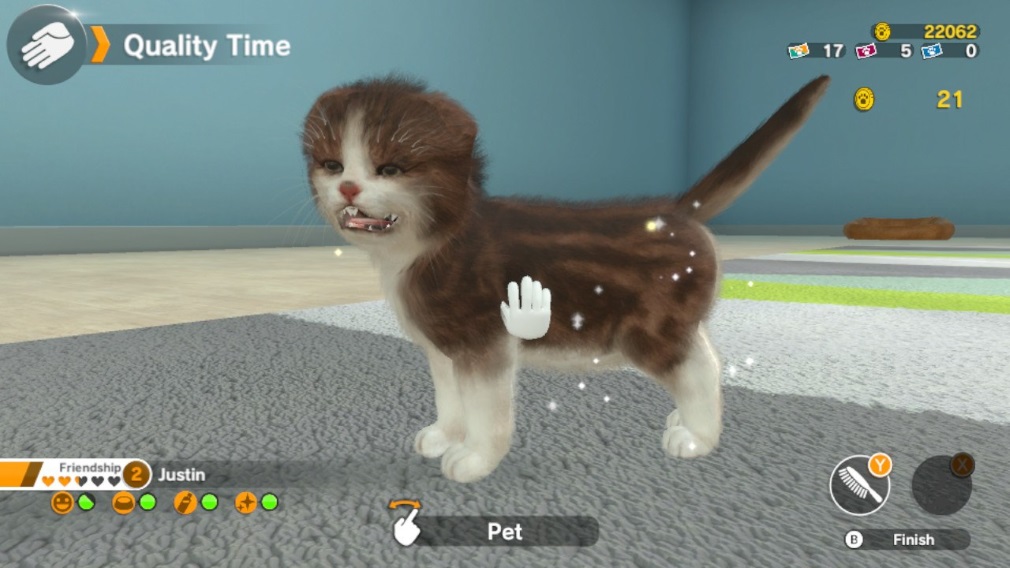 In your void home, you're free to stroke, brush, feed, and give water to your Friends, as well as throw toys around for them to play fetch with.

You can also leave your empty expanse behind and go for a "Friend Walk", where you and your chosen Friend have a wander around an eerily quiet woodland trail, or go throw a "Flying Disc" for your Friend to catch.

Training your Friend to catch Flying Discs also means you can take on various Flying Disc competitions, which will earn you cash and tokens that can be exchanged for new toys and weird outfits for your Friends.

You'll note that I'm using the word Friends a lot here. That's the term Little Friends likes to go with. It feels slightly "off" the whole time you're playing, and it's a symptom of a larger problem.

For one thing, the game absolutely loves gating content. Each Friend has its own Friendship Level, which is increased as you play with and care for them.

But you can only increase your Friendship Level by ten levels a day. And the Friend Plaza, which gives you access to the "Cat Friends", can only be unlocked once you hit level 15 with your first Friend.

This means you have to absolutely rinse the game on your first day if you want a chance of getting new pets on your second actual day of playing the game. Which, honestly, is a bit ridiculous.

The Friends themselves look super weird too. The dogs are mostly fine - a bit jagged, perhaps, but they look and move like dogs.

Cats, however, look like goblins dragged directly from hell. Worse yet, they appear to have been rigged to the dog's animation, meaning that they rarely even look like cats when you interact with them. 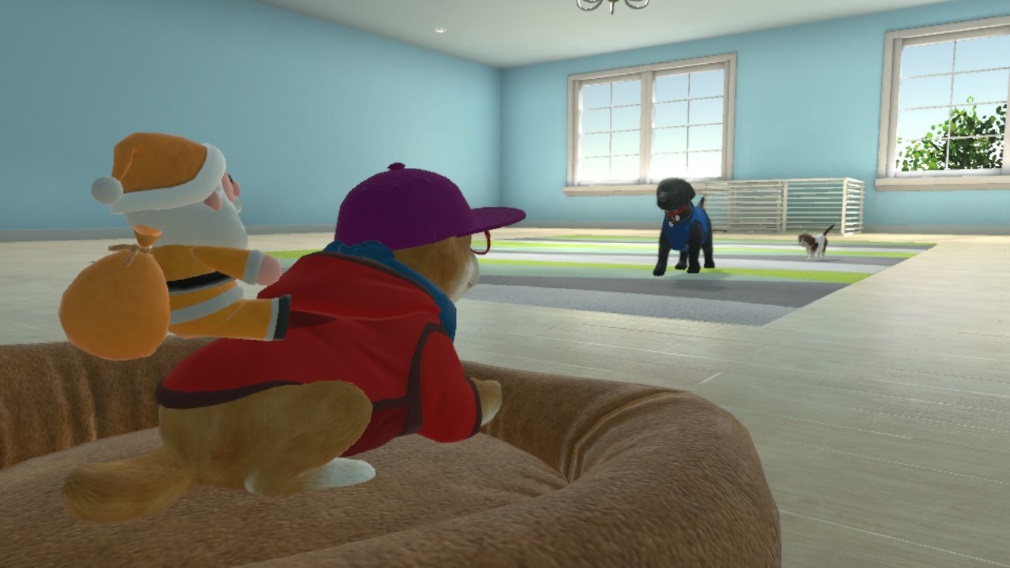 Start kitting them out in bizarre items, such as a tiny orange Santa that rides on your Friends' back, and you end up with some really weird furry creatures walking about your blank void of a home. It's weird. Super weird.

Which, to be honest, is one of Little Friends' saving graces. Its unadulterated weirdness creeps out of every pore, from the weird outfits down to the Goddess of Victory shining down on you in the Flying Disc contests.

All bark, no bite

Hell, even the fact that all the animals are called Friends continually raises a smile, even when you're doing the same acts over and over again to grind out Friendship Levels.

It's not quite enough to justify a purchase, however. Little Friends: Dogs & Cats offers up so little to do, and so little reward for doing it, that you'll tear through most of the content before you've ever laid eyes on a kitten.

There's cracks everywhere you look, and while its weirdness shines underneath, you'll still end up massively disappointed with the experience.

Little Friends: Dogs & Cats is a rough, cheap imitation of Nintendogs which is only unintentionally interesting thanks to its off-kilter nature
Next Up :
UFO99 review - "A fun little arcade game on the go"