It's really quite difficult not to be charmed by TT Games's Lego series. The studio's retelling of classic stories with plastic blocks and almost no dialogue are wonderful examples of licensed games done right.

Lego Harry Potter: Years 5-7 is no different, blending J.K. Rowling's boy wizard with the Danish building blocks to great effect, and answering a lot of the criticisms of the first game in the process.

You lead Harry and a huge cast of other unlockable characters on an adventure that takes you from a playground in Little Whingeing all the way to the climactic battle of good versus evil in the hallowed grounds of Hogwarts.

Different witches and wizards have different abilities, and if you want to see everything in the game you'll need to revisit levels once you've unlocked new characters.

The spells you learn let you build Lego constructions, defeat enemies, and reach previously inaccessible areas. All the time you'll be collecting Lego chits as well, and you'll need to bag them all to get the best scores.

Wizarding duels see you blasting out offensive spells and building shields to repel your foe's attacks, and hilarious cut-scenes fill you in on the story. Fans of the films will lap it up, but those with only a passing interest in Potter will likely find the whole thing bemusing.

With hundreds of characters to collect, four films worth of story to explore, and an extra duelling mode that - once you've paid a little bit extra - lets you fight it out against some famous characters, Lego Harry Potter: Years 5-7 certainly isn't lacking in content.

It isn't lacking in fun, either. It's almost impossible to play without a smile on your face, and the refined controls mean frustration rarely raises its ugly head. This is entertaining smartphone gaming at its finest, and while some might find the overall package a little saccharine there's enough here to keep most engaged for hours. 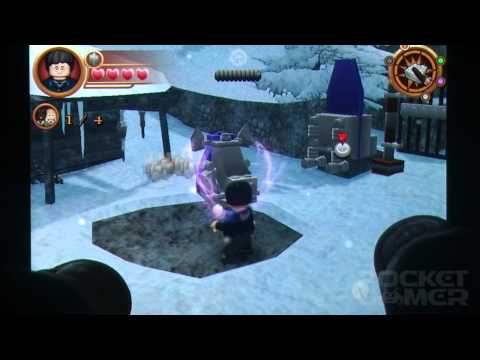 A more refined beast than its predecessor, Lego Harry Potter: Years 5-7 is a fitting end to the boy wizard's adventures
Next Up :
Hero Emblems II review - "Lovely visuals and music, but match-3 combat lacks strategic depth"