Kirby: Triple Deluxe comes bundled with Kirby's Dream Land 2 in Europe if you buy it from the eShop 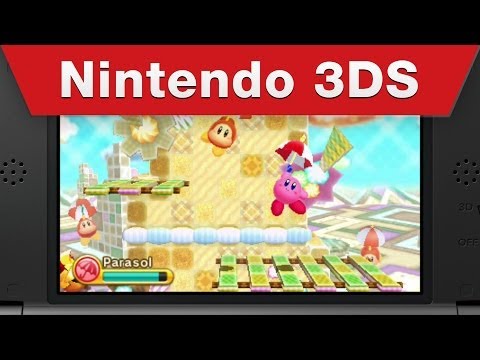 If you live in Europe and you buy Kirby: Triple Deluxe from the eShop before July 13th this year, you'll receive a free download code for Gameboy gem Kirby's Dream Land 2. Which is nice.

The free game, which dates from 1995, is a cutesy side-scrolling black and white puzzler that sees Kirby occasionally riding a hamster. We were all doing that in the 90's.

Kirby: Triple Deluxe is a 2.5D platformer that sees the pudgy pudge ball thing running around trying to stop an evil beanstalk from destroying Dream Land.

It's always good to get something for free, especially if it's something as good as a Kirby game. Kirby: Triple Deluxe is set to hit EU shores and stores on May 16th.

Kirby: Triple Deluxe is available for a reduced price in the 3DS eShop until 14th of May

Kirby gets silly in Kirby: Triple Deluxe on 3DS