King of Avalon, FunPlus’ mobile MMO has been teasing the addition of the Hollywood actor Orlando Bloom to its roster for a while now. Today, a new real-action trailer has been launched, featuring Bloom’s character, who is called Orlando the Nightshard. The hero has been made available now with the Frost & Flame: King of Avalon update that introduces so many more things like a Tower Defence mode, new storyline in the American-comic art style, and of course, Orlando Bloom himself. Check out the awesome-looking trailer featuring Bloom below.

Speaking about the new trailer, Orlando Bloom, said: "It was incredibly fun to shoot the new trailer of ‘King of Avalon’ with the FunPlus team. Acting in medieval settings is something I’m pretty familiar with, but lending my likeness to a mobile game is new and it was a fun experience. I hope all the ‘King of Avalon’ players win many battles with Orlando the Nightshard!” 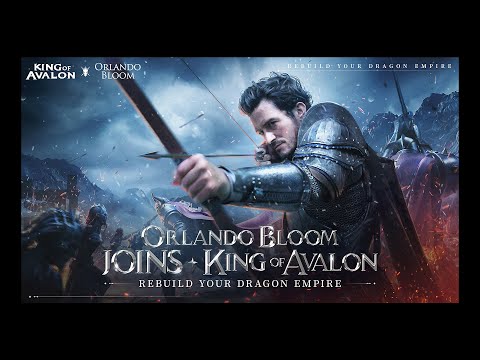 Adding to that, Chris Petrovic, Chief Business Officer of FunPlus, said: “Orlando the Nightshard has already become a fan-favorite hero in King of Avalon and we’re excited to invite new players to the game to enjoy the character too. Orlando marks the beginning of a new era in ‘King of Avalon’, through a renewed in-game art design, a brand new strategic mode called Tower Defense and a thrilling narrative that fans will love.”

You can read more about the character and his story in this article. The other part of this update introduces a new Tower Defence mode that makes players put their thinking caps on as they use different troops like Bowmen, Spearmen, Swordsmen and Cavalry to fight battles as they build cities while restoring their own as the Unmelted keep attacking. Don’t forget to check out the new storyline as well.

Dive into the Ballad of Orlando by downloading King of Avalon for free by tapping on one of the links below.

Also, check out this list of the best MMOs to play on mobile!
Download now!
King of Avalon: Dragon Warfare

Next Up :
Arknights is launching a new event called Phantom and Crimson Solitaire while bringing back the Who Is Real event