The soon-to-be world's most popular video game, Katy Perry Pop, is now available on iOS and Android, everywhere, for free.

Much like Glu's previous game, Kim Kardashian Hollywood, you'll play as some dirty peasant who gets discovered by Katy Perry and is transformed into an A-list musical superstar.

You'll record songs, make music videos (presumably about shooting whipped cream from your nipples), and perform in concert venues around the world. 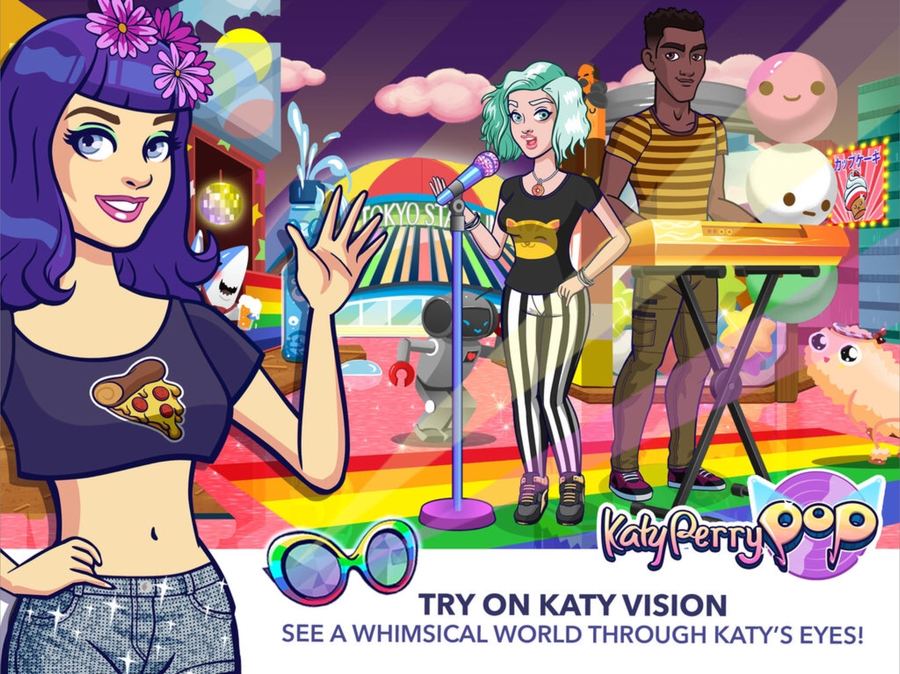 You'll also get to see the world through "Katy Vision", which turns the world into a trippy far-out wonderland of walking sharks and candy floss clouds and is totally not a euphemism for drugs.

The game isn't really for us. And it might not be for you. But seeing as Kim K's game had over 20 million players at one point, and Katy's got even more Twitter followers than Kim (the only metric that matters), this one could be massive.

The follow-up to Kim Kardashian: Hollywood will star Katy Perry, out later this year