Starting out in simple monochrome in the days of Snake and WAP, the past decade has seen the mobile games industry kaleidoscope into a glorious, multi-billion dollar sector that's driving global innovation.

So it's high time we celebrate some of the people who helped make that journey possible - something PocketGamer.biz will be doing in its regular Mobile Gaming Hall of Fame feature.

Perry Tam is CEO and co-founder of Storm8, the leading social game developer on iPhone and Android with more than 10 million daily active users and 600 million downloads across 200 million devices worldwide.

Prior to co-founding Storm8, Tam worked as an engineer at Facebook, where he led the payments team and architected Facebook Credits.

The author of four patents, he graduated from Cornell University. 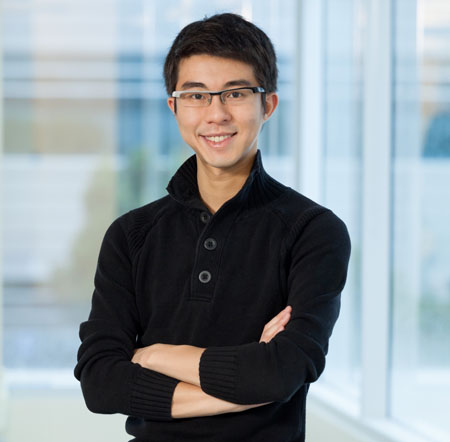 Pocket Gamer: What were your favorite games as a kid?

Perry Tam I've always enjoyed playing games with friends. I grew up with Super Nintendo and spent most of my time playing games on it as a kid.

My favorite games were Super Mario Kart and Street Fighter.

I later discovered the PlayStation and my favorite game on it was Pro Evolution Soccer (aka Winning Eleven). And this passion continues today on my PlayStation 3.

When did you realize you wanted to make games as a career?

I've been an avid gamer all my life. I was one of those geeks who played console games with friends at home. The sole reason I nagged my parents to get me my first computer was so that I could play even more games.

Interestingly, that became a catalyst for me to pursue a career in software development. This career eventually exposed me to the social gaming boom while working at Facebook. It was around that time that I saw the promise of social gaming on mobile.

Founding Storm8 allowed me to turn my longtime passion for gaming into a venture that can shape the future of gaming on mobile.

What was your first role in the industry?

My first role in the mobile gaming industry was when I founded Storm8 and pioneered social games on mobile.

More than 40 hit games and 600 million game downloads later, I think it's turning out quite well :-)

What do you consider your first significant success?

Storm8 started as a developer of MMORPGs in 2009. By the end of that year, we had conquered that genre with 9 of the top 10 MMORPG titles on mobile.

At that point, we asked: what's next?

We saw even more growth opportunities in other genres on mobile. We made the bold decision of expanding into a new category to develop social casual games - a genre that was new to us and mobile at the time.

In the process of this genre expansion, we also developed various components to tie the different games and users together to form a network. This network approach is the cornerstone of Storm8's success, which eventually led to building our strong mobile social gaming network.

That was our first significant success: being able to expand into a whole new genre and keeping up that level of success. Today, we have games in five different genres and are doing extremely well on all fronts.

When did the potential for mobile games become apparent?

We've believed in the potential of mobile games on smartphones from day one, which is why we founded Storm8.

When the iPhone was introduced, I knew that it was a revolutionary device that would transform how people interact on mobile. I was still working at Facebook when the App Store launched. It opened up a lot of opportunities for game developers to provide a brand new experience to users who were just getting used to smartphones.

I saw growth similarities between the mobile and Facebook platforms.

From just looking at the number of people who have access to the web versus the number of mobile devices, we could tell how big the opportunity was. My co-founders and I thought: if the Facebook platform is already big, then this mobile platform will be at least six times bigger!

What do you think is the most significant event in mobile gaming?

Free-to-play becoming the dominant business model for mobile games is probably the most significant event in mobile gaming to-date.

The F2P model made gaming popular among mobile users. This was an anchor to the expansion of the gaming industry as a whole, because now we have even more gamers in the ecosystem. It allowed non-gamers to try out games at no cost. Lowering the barrier to try games was really important for the industry because it expanded the market.

Mobile increased the accessibility of games and the free-to-play model really brought gaming to the mainstream - converting even non-gaming mobile users into gamers.

What are you most proud of? Any regrets?

I am most proud of bootstrapping Storm8 and building the team that we have now. Day in and day out, our team continues to amaze me with their talent, passion and drive to consistently innovate in the world of mobile social games.

We wouldn't have been successful at building our 200 million strong mobile social gaming network without our team's hard work.

Which mobile games have you most enjoyed recently?

I really enjoy playing Subway Surfers. The game is simple but very addictive.

What are your predictions for the future of mobile games?

Just based on the innovative technologies being developed today, I predict that we'll be seeing new gaming genres emerge over the next couple of years.

Also, translating success in multiple markets across the globe will be crucial. This is an ongoing challenge for companies because gaming behavior varies significantly internationally. But cracking that nut will be key to succeeding in the next phase of mobile games.

In which area do you hope to make a difference in future?

Discovery is still a big challenge, especially for smaller game developers. This is an area that we'd like to be able to help make a difference in the future.

Thanks to Perry for his time.

And if you have a suggestion for someone you think should enter our Hall of Fame, please email jonathan [dot] morris [at] steelmedia [dot] co.uk