As we come to the end of 2013, it's time to look back at the events that dominated the last 12 months in mobile gaming.

We've asked the industry's great and good to give their take on the last year, as well as predicting the trends that will come to pass in 2014.

Pocket Gamer: What do you think was the most significant event for the mobile games industry in 2013? Ben Liu: The filing of the King IPO this year was a watershed moment for 2013. The filing marked a clear turnaround for the industry and gave the world insight into the tremendous opportunity around making hit mobile games.

The industry has grown by leaps and bounds since our company made some of the first free-to-play games back in 2009 and we're excited to be a part of what’s next.

What was the most significant event for your company?

For Pocket Gems, 2013 was focused on creating new kinds of mobile entertainment experiences for our players and fans to enjoy while extending our technology and platform reach cross-platform and worldwide.

Part of this product strategy entails taking risks and pushing the boundary of what is possible on mobile. Given that, I'm really proud of our most recent game launch, Epic Empire: A Hero’s Quest. 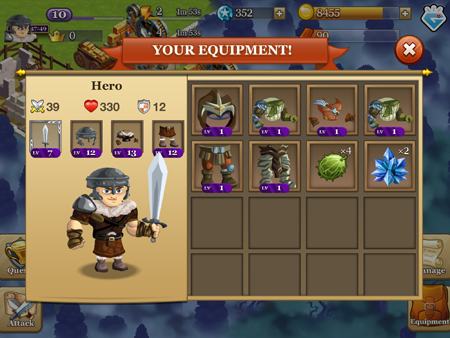 With Epic Empire we took popular elements from role-playing games and applied them to appeal to casual audiences. We also added the ability to change and upgrade weaponry as well as player-versus-player elements. While it is still pretty early to tell, we're getting great feedback about the product from our community.

I'm also really proud of the new projects we've kicked off this year. We're really focusing on new genres and new forms of mobile entertainment for 2014, so stay tuned!

What was your favourite mobile game of the year?

I love games so it can be really hard to pick just one! Although it launched in 2012, Puzzles & Dragons really caught my attention this year.

GungHo was able to take a relatively simple and pure concept and add impressive amounts of depth and innovation into it. I really have to applaud them for making a truly fun game.

What do you predict will be the most important trends in 2014?

Mobile devices are on their way to becoming the greatest gaming platform ever known to man. As mobile games continue to evolve and offer deeper experiences, more players than ever will view their smartphone or tablet as their primary gaming device.

Another trend we'll likely see in 2014 is the widespread adoption of 3D graphics. This will become a basic requirement for most commercial mobile games in the market. I also believe we'll see synchronous gameplay come to mobile and become the foundation of many new forms of gameplay.

Finally, I think that the mobile gaming market will remain on the upswing. We have an important IPO coming up next year with King and that coupled with the tremendous growth in Asian markets will continue to drive the industry forward.

What's your New Year's resolution and what resolution would you enforce on the industry?

My personal New Year's resolution is to play more tablet games. There are several great games that are tablet-only and playing games which are available on both the phone and tablet can feel quite different on the tablet.

If I could enforce one resolution for the industry, it would be to really challenge ourselves to create new kinds of mobile gaming experiences for players. We are still in the early days of mobile and there is a lot of fresh ground that has yet to be broken.

I strongly believe developers and players alike will benefit the most from trying to do new things. I’m excited to see what next year brings for both Pocket Gems and the industry.