iOS + Android
| How to Say Goodbye

The Other Side is a gorgeous looking puzzle game that's heading for mobile at a currently unknown date. It's been created by independent developers Florian Veltman and Baptiste Portefaix. Veltman has previously worked on Monument Valley 2 and Assemble With Care whilst Portefaix is an author and composer who has collaborated with Veltman since they attended school together.

With their latest project, they're looking to create a lovely story that draws inspiration from children's books and illustrations such as the Moomins, The Three Robbers and Where the Wild Things Are. The Other Side then, follows a group of ghosts who are looking to understand who they were and why they're still here. 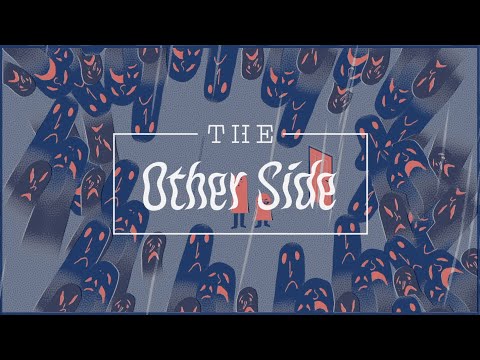 It aims to tell a family-friendly story of loss and acceptance and will see you attempting to make your way through a world packed with mind-bending puzzles that play out a little like a Rubik's cube. These brainteasers promise to be challenging but still completely possible for anyone to successfully figure out.

You can check out a teaser for the gameplay in the embedded trailer above. Here you'll see a few examples of the puzzles, where it looks like you'll be moving around segments of the world to help the ghosts reach various doors. You can also hear a sample of Portefaix's soundtrack, which manages to find a nice middle ground between being chirpy and a tad spooky.

The Other Side will be heading to mobile at some stage, though it hasn't been confirmed which platforms yet and neither has the price. We'll be sure to update you when we learn more.

Looking for more puzzle games to play on your phone? Here are 25 of the best available for Android phones and tablets
Next Up :
Mission Zero drops three new character trailers ahead of technical test