When Amazon went back to the drawing board for the Fire HD 8, the aim was incredibly ambitious. The tech giant wanted to release a powerful, premium tablet but at an affordable price.

The second part of Amazon's aim was easily met, as the Fire HD 8 is incredibly inexpensive. That might suggest that you're getting a lesser product than its competitors, but Amazon didn't want that to be the case.

Has the mega-company achieved that? Well, let's find out.

If there's one area you can't really fault the Fire HD 8 in, it's in its design. It's an 8-inch tablet with a glass screen and solid matte plastic rear complete that includes a glossy Amazon logo. It comes in a variety of different colours - most of which appear to be aimed at kids, which is quite telling.

The left side and bottom of the device contain nothing at all, while the right houses the speaker grills. Everything else you need is at the top, which includes power and volume buttons, a mic, headphone port, and charging port.

You've also got two cameras - one on the rear for general photo taking, and another on the front for selfies and video calls. 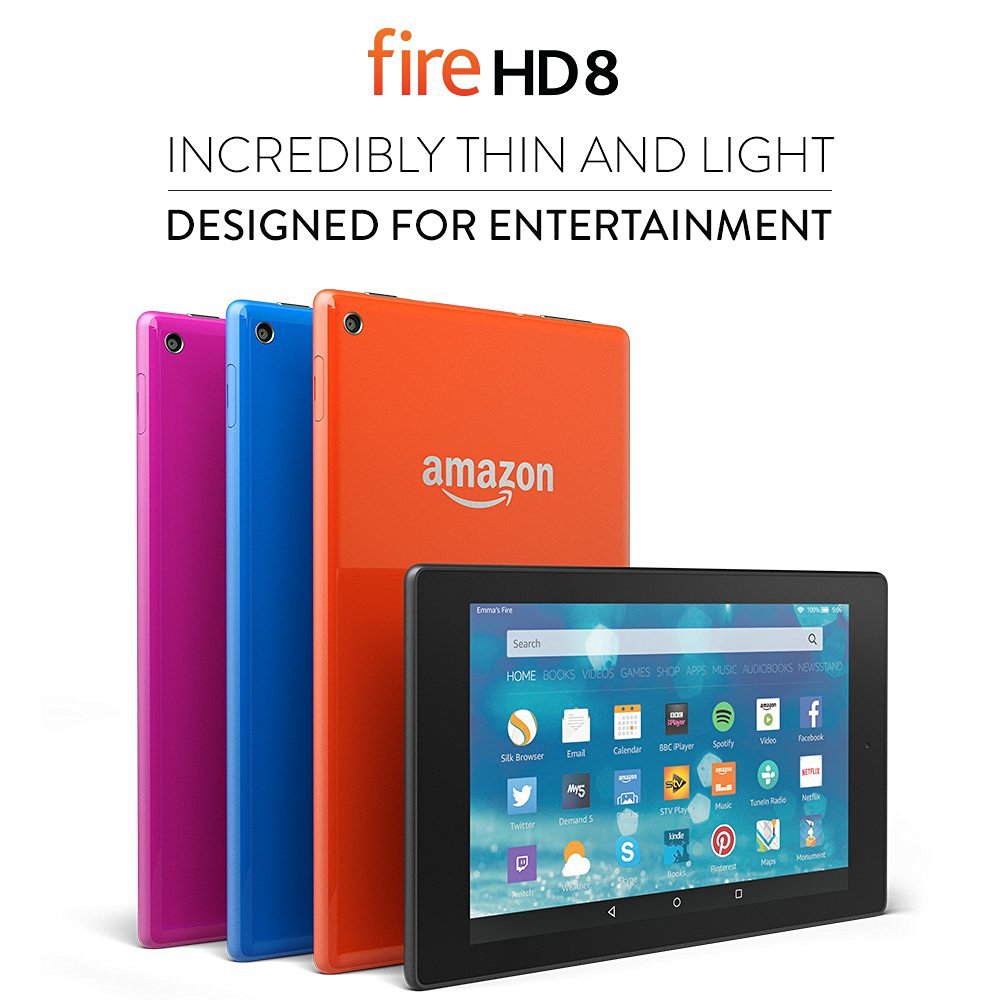 It really is a solid design - and one which is gloriously minimal. It houses all of the features you need from a tablet in their most comfortable positions and, despite the fact I regularly use an iPad Air 2, the matte plastic rear didn't put me off. It was surprisingly comfortable.

If there's one complaint - and it's a minor one - it's that you can accidentally trigger the volume or power buttons while playing a game horizontally, as they're placed exactly where your hand sits. It's not a dealbreaker though, and you'll adapt to a suitable holding position.

The Fire HD 8 features a 1280x800 display, a quad core 1.3GHz processor, and a 5MP rear facing camera and slightly lesser quality one on the front. It's also got two speakers, 12 hours of battery life, and 16GB of inbuilt storage with an SD card slot on the side, providing 128GB of extra space.

For the most part, it's difficult to complain about the Fire HD 8 in the features department. It pretty much does everything you want from a tablet, but at an affordable cost.

If there's one area of complaint, it's in the lack of Google Play Store, which is far superior than the Amazon Appstore. Underground makes up for it a little bit though, and includes a number of excellent games absolutely free. 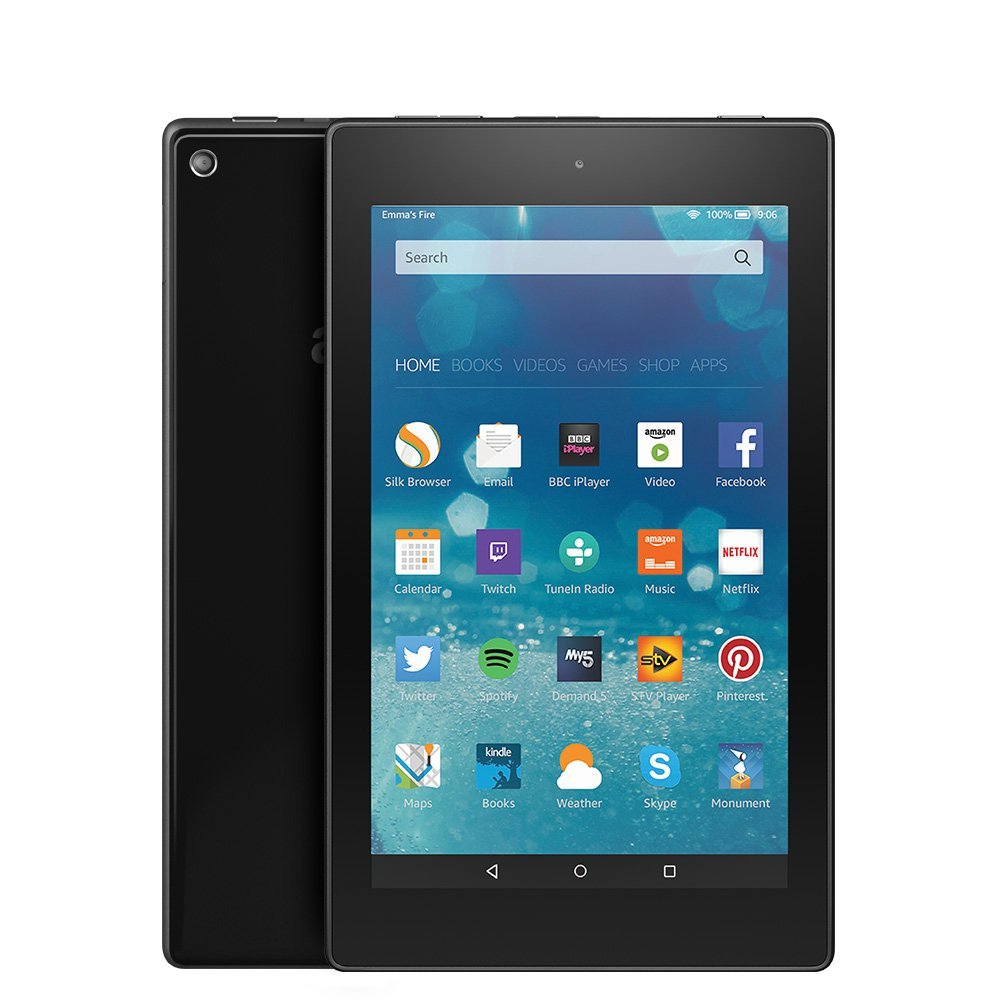 Where it falls apart though is in the visual department - the display resolution is not HD at all, and just isn't good enough in 2016, which has HD and QHD screens in abundance.

Our unit also suffered from light bleed, which is admittedly quite a common issue with low cost products. It wasn't quite as bad as the Nexus 9 though, and you'll probably stop noticing it after a few uses.

The rear-facing camera is also dreadful when it comes to snapping photos - so if you're buying a tablet for this reason alone, we'd recommend looking elsewhere and increasing your budget slightly.

Surprisingly, the processor seemed to cope well with pretty much the entirety of the Amazon Appstore's games library. We tested Alto's Adventure, Knights of the Old Republic, and Ice Rage - all of which ran flawlessly.

The processor didn't miss a beat when used regularly either. TV shows played smoothly, and general navigation and browsing was a breeze. 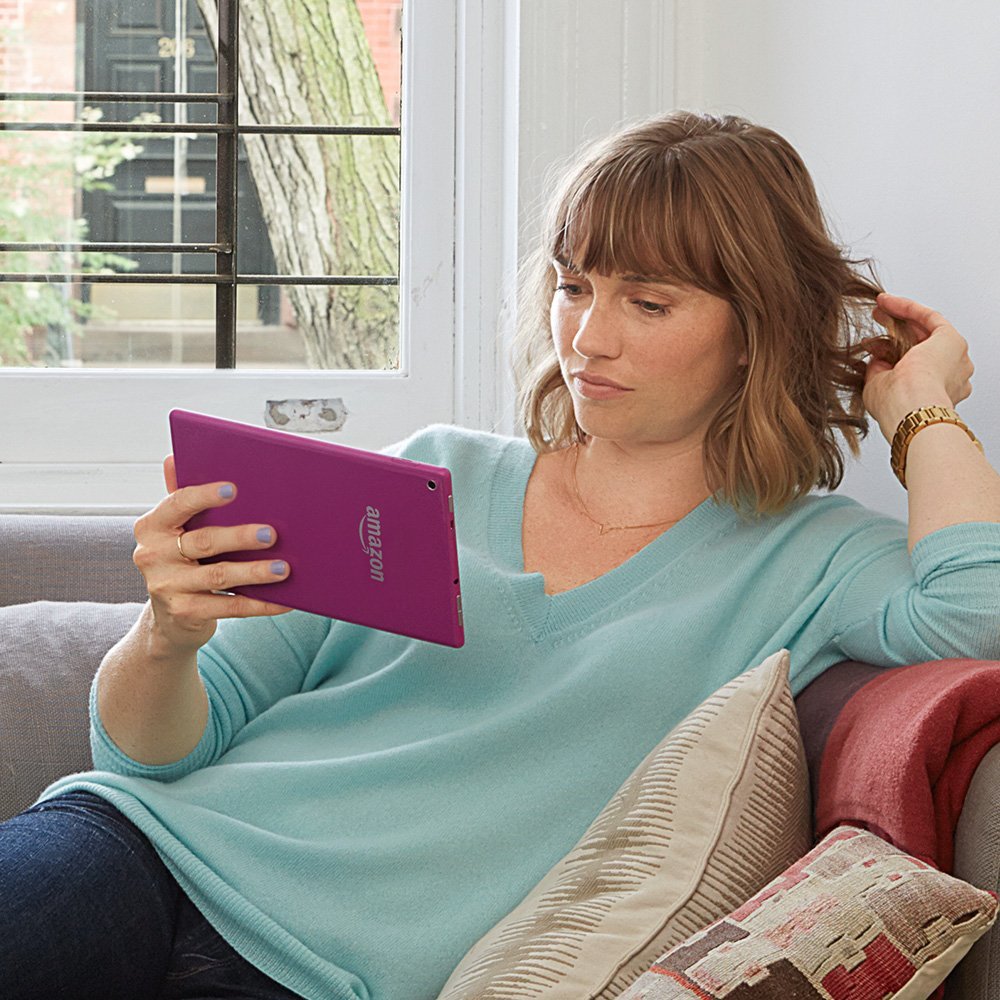 In terms of sound, speakers were adequate enough to watch TV shows and listen to music without headphones - though we'd recommend using them if you can.

The Amazon Fire HD 8 is an absolutely solid tablet, with a strong set of features, excellent design, and a superb price given all it has to offer.

It's powerful enough to handle pretty much all games the Amazon Appstore has to offer, a battery life that isn't a far cry away from the iPad, and easy access to Amazon Underground - a haven for awesome free games.

Where it falls apart is in the visual department and lack of Google Play Store. It's simply not a real HD tablet and you'll notice it from the get-go. Games and TV shows don't look sharp or crisp, and even look a bit washed out in places.

And while the Amazon Appstore and Amazon Underground do have plenty to offer, they don't have the sheer scale of apps and games that Google Play does. If you're not comfortable with rooting your tablet, you'll have to miss out on it entirely - and it's quite a miss.

But to be honest, these two small problems pale in comparison to that price. It's an absolute steal, and functions perfectly as a tablet. 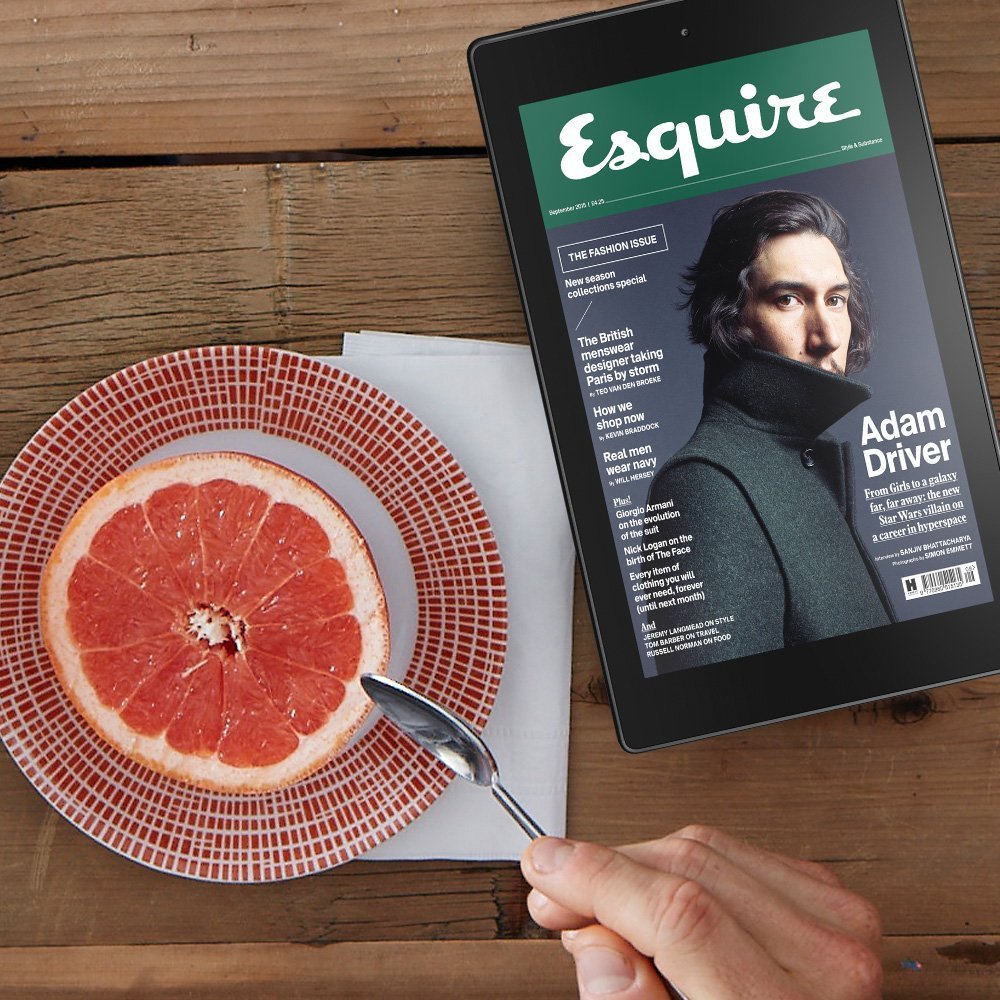 Sure, it's not an iPad - but it's not really trying to be. It's just trying to offer an excellent tablet at the most affordable price possible and it achieves that with some aplomb.