A young girl called Parin goes to live with her grandfather in a small mining town while her parents are off on an expedition.

While Parin shows resolve in immediately shutting them down, one miner remains insistent and openly ignores her rejection telling Parin 'I'll come pick you up when I get off work.'

In a game disguised in such a cutesy, charming way - clearly designed to appeal to younger audiences as well as elder - the implementation of behaviour like this is both deeply concering and hugely alarming. 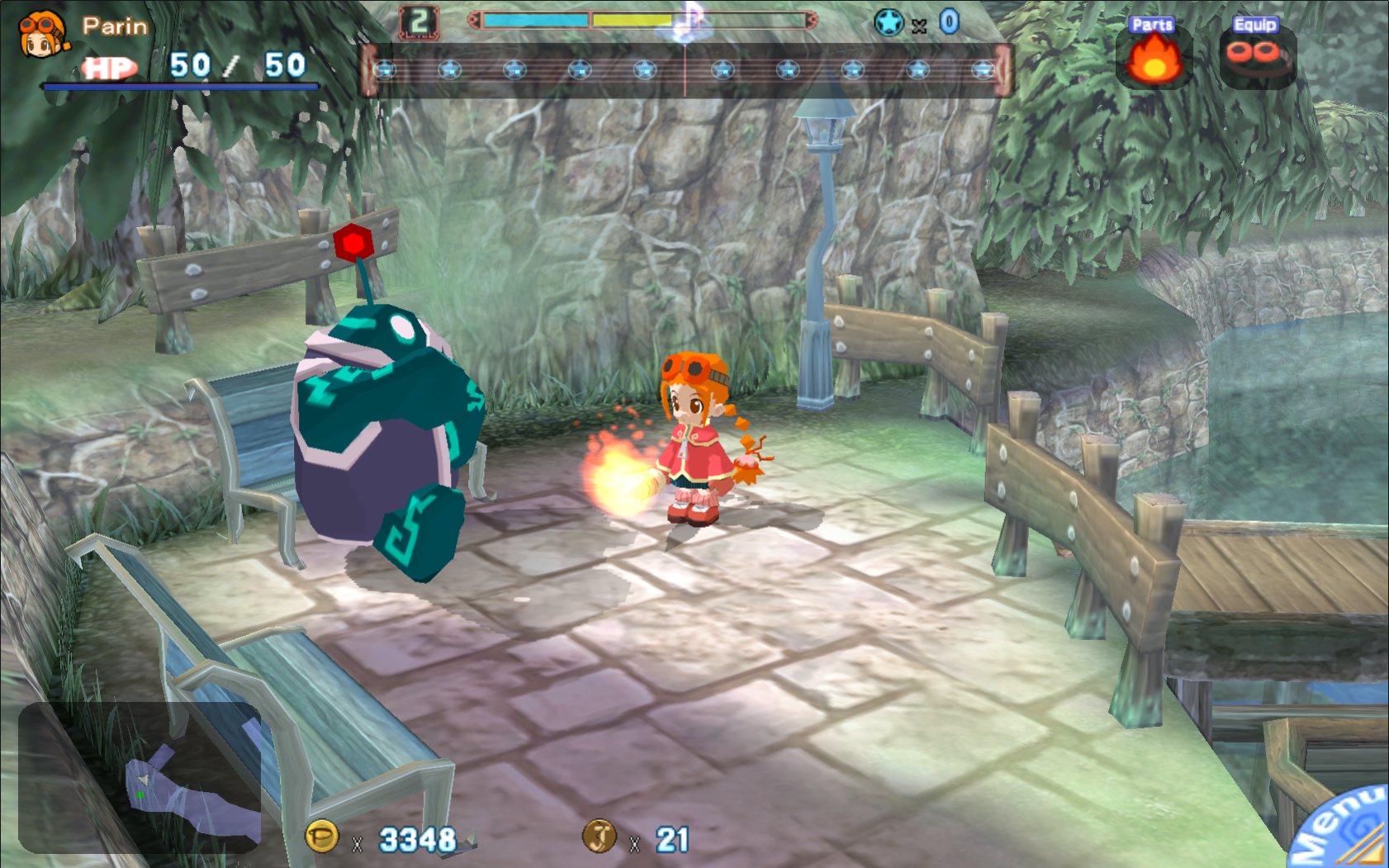 Add to that, the friends Parin makes turn out to be monsters who are completely invisible to everyone else in the town. That's right, they can only be seen through the eyes and imagination of a child.

While the game doesn't reveal Parin's age, the fact that she's clearly not old enough to live on her own and is too young to enter the mine immediately suggests Gurumin has some incredibly unwelcome and creepy undertones in its narrative.

None of this is helped by Gurumin's stuttery and juttery animations, blurred writing, poor frame rate, piercing sound-bytes, and glitched transitional score. Even the cut scenes opt for a widescreen effect which cuts off half of the 3DS's screen.

Within moments you'll realise that there are better - and decidedly less controversial - alternatives available to you on a platform glistening with RPG riches.

It's not a complete washout, though. Gurumin certainly does have some good ideas and a nice looking aesthetic. The environment variety occasionally shines as you move freely between murky caves to calming forests, and sparse deserts.

Likewise, there's a diverse palette of adversaries to keep you on your toes - from bugs to trees.

The experience is relatively non-linear in that you can explore the various dungeons in an order that's most comfortable for you. 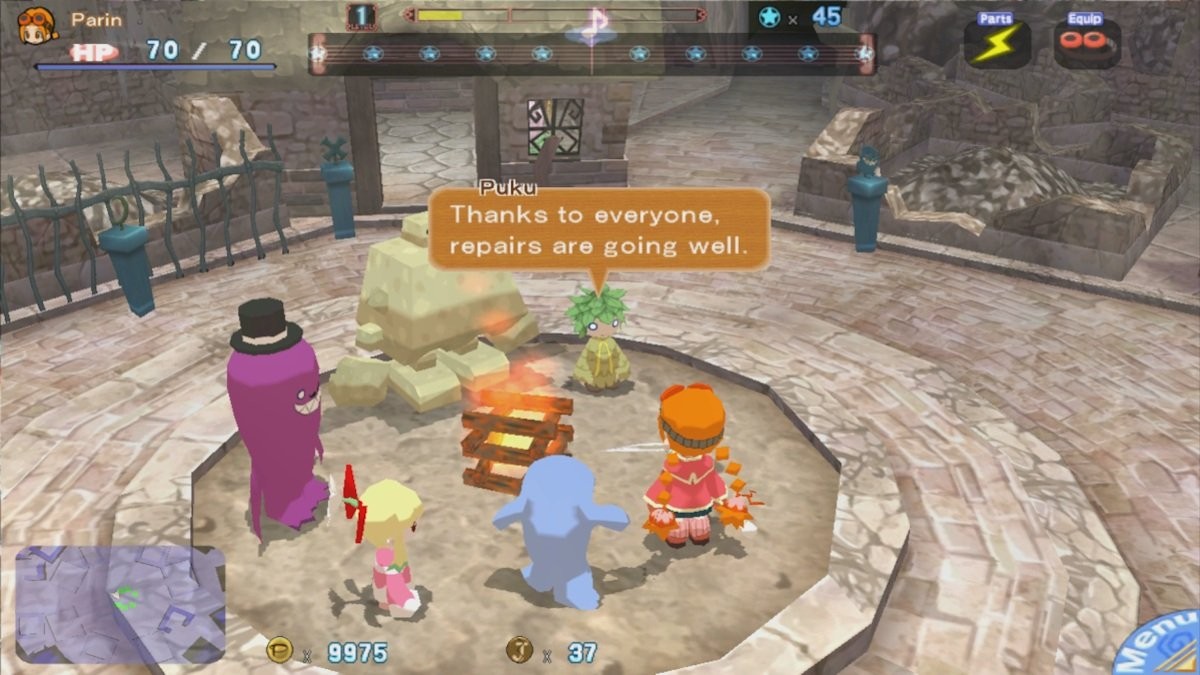 Even the combat can be quite satisfying, with Parin using a drill-fixed spear to power through her adversaries, as well as large boulders, cracks in the wall, and, of course, jars to find hidden secrets.

You can charge up the drill attack by holding down A to deliver stronger attacks, but can sail through the air using neat combos and cover significant ground using spin-attacks into deft charges.

As Parin defeats enemies, her attack competency grows stronger, filling up a charge bar at the top of the screen. Once this fills, she can perform maximum charge attacks on a whim.

However, as Parin loses health her attack competency decreases, making her vulnerable in more ways than one.

And outside of the concerning messaging, the plot has glimmers of creativity. Dangerous phantoms are capturing monsters and it's your job to rebuild their colony on the ruins of the mine town, returning them safely to the new Monster Village. As she goes, Parin will collect furniture after beating dungeons, and set off repairs to restore prosperity.

Yet you're constantly reminded of the technical issues as you go and it's hard to look past the fact that the game is bizarely advocating older men hitting on young girls. Gurumin doesn't even attempt to offer a narrative reason why. It's just gross.

Gurumin is designed to be pick-up-and-play friendly compared to other RPGs, in that you earn scores for beating dungeons in a certain time, how many enemies you defeated, secrets you uncovered, and how much health you lost.

As such, compared to a Fire Emblem or Yo-Kai-Watch, this is very much an RPG-lite.

But as a package, nothing comes together as it should. Gurumin's charm is lathered with sleaze, the presentation is sloppy, and ultimately it ends up being a hacked together, unsavoury mess that is equal measures unsettling as it is underwhelming.

On a platform where there are too many great RPGs to fit on your radar, there are plenty of reasons why Gurumin shouldn't be one of them
Next Up :
Hindsight review - "Deeply emotional but a tad repetitive"

Swimming and bashing in Gurumin A Monstrous Adventure trailer