£52 a week sales simply not enough

It's one of the perverse side effects of a mobile market packed with apps: Developers are frequently going all out to launch on new, untested platforms with comparatively minuscule userbases.

Why? Because there's less competition, and so greater chance their titles will be discovered by the small batch of consumers firing up their new systems on day one.

In the case of Great Big War Game studio Rubicon, however, launching on the Windows Store has proven to be a risky strategy that – so far – hasn't paid off.

Said risk has been magnified by the fact that the game in question hasn't even launched on Windows 8 proper. As things stand. Great Big War Game is only available to consumers running Windows RT on a Surface tablet, and not the larger group browsing the marketplace on their PCs or laptops.

The end result is a critically acclaimed release that's already enjoyed much success on iOS and Android that is currently generating just £52 (around $83) a week in revenue on Windows RT.

After detailing his frustrations on Rubicon's blog, studio owner Paul Johnson caught up with us to explain what he thinks has gone wrong, and why he's ruling out ever working on Windows RT again.

Pocket Gamer: What initially attracted you to work on Windows RT? Paul Johnson: It was a number of things, but I'll be honest enough to admit we thought this would be a great opportunity to rack up some big sales.

The idea of being literally the only game in town is a strong draw for small companies like ourselves, who are able to move fast enough to capitalise on it. My naive nirvana had Great Big War Game being the only game you could buy for a month or two.

That has to compensate for the relative low numbers of tablet owners in the early days. And whilst it's not literally the only game there, there isn't much else to be had on tablet at this point - it seems at least a part of my daydream was correct.

Given Windows RT is currently restricted to Surface only – itself only currently available from Microsoft's online store – it likely has a far smaller userbase than Windows 8. Why not launch on both?

There are two issues here. One is that it's a contractual thing we can't - and don't want to - get out of.

The PC SKU is being published by Cosmi, both digitally and at retail, and it has exclusive rights to all PC platforms. It will be bringing the PC version to the Windows 8 Store at some point soon. 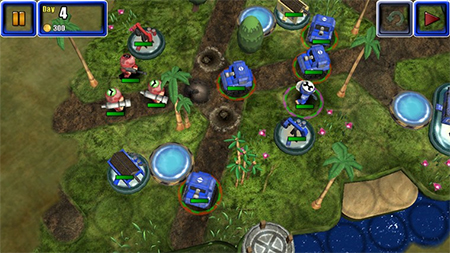 The other issue is that this is chiefly a tablet based game in any case. The Cosmi PC publishing deal notwithstanding, we design all our games to run on tablets and phones and they often have different requirements to PC games.

An obvious difference is that a GUI has to be large on tablet but small on PC. Similarly, games that use tap and swipe might feel different on a PC with a mouse. And the list goes on, the two things are just not the same.

You say not being featured by Microsoft on the Store means you're effectively "consigned to the garbage bin". What do you mean by that?

All developers struggle for eyeballs amongst stacks of competition and if you ask any of us - it's the one thing we'd say we need help with the most.

The layout of the Windows Store at the moment is not making the most of the limited space in my opinion, and like most platforms, if you don't get on any features - app of the day, etc. - then your game is going to sell - or not sell - by word of mouth alone.

That's fine until you're on a platform that doesn't have many mouths yet either. Unless I'm mistaken, the default view also opens up presenting a bunch of minimalistic free games that don't push the power of the machine very hard, which isn't doing anybody any good.

Why do you think Microsoft has been reluctant to feature Great Big War Game? Is it because it's RT only?

Somebody somewhere decided to group tablets in with PC's instead of grouping them with the upcoming new phone.

Tablets and PC's are totally different beasts and there will be a lot of mobile developers put off by the need to make a full blown PC version, unless they're guaranteed a certain number of sales as it's not trivial to make a PC port from a mobile game that's all it can be.

It is this that led me to my predictions of doom. Right now there is no 'Microsoft Tablet', no standalone concept, which means the endless ranks of mobile developers see a device that is hard to promote on and presenting low sales right now.

Not much of a draw there, which means to me that this store will not expand at the rate seen on the App Store or Google Play.

Luckily for us, Great Big War Game runs pretty well on a PC - despite the large front end appearance - but a lot of games won't fair so well. If ours was one such, we might have decided to not make a PC version at all, and that shouldn't affect our chances on tablet.

There is a direct, almost perfect analogy here with Apple. Can you imagine a conversation at iOS HQ where a game that looks ace and will sell in spades is turned down for a featured spot because there isn't a Mac version?

In your blog post you say Apple, Google and RIM have all been happy to feature Great Big War Game on their respective stores, and that you've been "snubbed" by Microsoft. Some might suggest that sounds like you believe Great Big War Game should be featured on every marketplace is launches on - almost a sense of entitlement. What would you say to those people?

I think I'm falling foul of being a programmer and not a writer here.

It was never my intention to present this as some inherent right we have to get auto-featured. Every man and his dog is clamouring for attention from Apple and Google and we have no greater claim on that than anyone else. 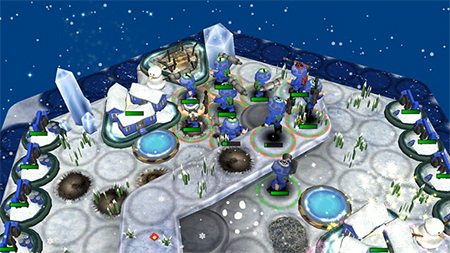 We consider ourselves very fortunate to have had the assistance and support we've enjoyed thus far, and in no case do we consider it a given.

What I meant to highlight is the fact that – for example - if Angry Birds doesn't have a PC version, it will not be featured on the tablet. And frankly I find that bizarre.

What steps have you taken to promote the RT version of the game?

We were assuming that because the format is brand new that everyone who buys one would visit the store at some point and see our game straight away, without us needing to push it.

I think that's still actually the case, but having had a taste of the returns on offer, it's hard for us to justify an ad spend. It's the old standbys of Facebook and Twitter for us.

In any case, we're only a small indie developer with little in the way of marketing skills or budget, so word of mouth and features is the best we can hope for on any platform. That has served us reasonably well so far on other platforms but it's all we can do regardless.

You cite sales of £52 from Windows RT in a week – but that's a larger figure than many iPhone or Android devs amassed during the early days of the App Store or Android Market. Many developers don't even make that much now. What weekly revenues were you projecting for Windows Store's early days?

I wasn't in this market at launch, but that doesn't tally with anecdotal stories I've picked up - like how much money iFart made for example.

As to the success or failure of others, it's not for me to comment on, but I will say this. We have a team of seven guys, all of whom are top drawer developers that don't come cheap.

We need a certain amount of income coming in every month to pay them, and save a bit for the future, and without that we're all down the road - nothing new here.

If we can't make the maths work, we'll have to bow out and try something else. One thing is for sure though, £52 a week isn't going to make much difference whatsoever to that prognosis.

In terms of projections, we had no way to judge. We heard rumours of how the tablet had sold out in pre-orders right away and given what I said about the lack of early competition earlier, we were expecting a bit of a bonanza, at least in the first month or two.

I couldn't really put a hard number on that, but I was expecting it to be a lot more than fifty quid.

We struggle on and tighten our belts a bit!

I mentioned that it wouldn't kill us, but it definitely hurt. We have no outside funding and whatever float money is in the company account was built up from previous sales. 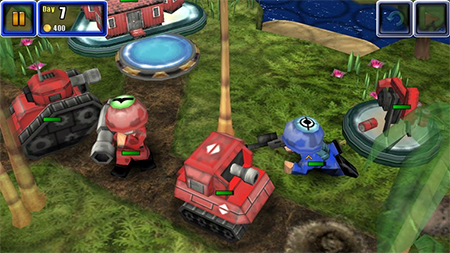 This is meant to pay us whilst we develop our next title, so I hope it doesn't have to be released earlier than we'd like due to dwindling reserves.

I think we're okay, but the margins just got tighter.

You conclude that you "won't be working with Microsoft again". Do you think Windows RT – and, by association, Windows 8 – is doomed?

That's been misquoted a lot. The full sentence is that we won't be working with Microsoft again on a Windows RT project.

I stand by that, but whether we do anything else for Microsoft, like the new phone, is still a possibility at least from my perspective. I can't imagine we're Microsoft's favourite people right now though, so who knows.

Thanks to Paul for his time.

UPDATE: Rubicon has since removed its original blog post, replacing it with a statement revealing that Microsoft has "graciously decided work with us to iron out the problems and get us past this incident." "With a sense of fair play, I'm putting my grumpiness on hiatus and deleting the juicy bits," concludes Johnson. "Which means all of it. Sorry."
Next Up :
Everything you can expect from the adorable Ensemble Stars!! Music × Sanrio characters collaboration event

After the smoke clears: A post-mortem on Great Big War Game

War is over: Developer 'shitstorm' results in big push by Microsoft for Great Big War Game