Golfing with a dash of danger

Golf Zero seems like the kind of wild concept that would come from the mind behind Dunkers, Wrassling, and FlipChamps. You need to aim for holes-in-ones and bounces as you leap through hazardous levels, in this blend of platforming and golf.

Each level is a deadly gauntlet of spikes, saws, springs, long gaps, and other traps, requiring you to sprint and wall-jump with precision. But you aren't trying to survive; in fact, you'll often die after hitting the ball. You're trying to reach the perfect angle to make the best shot. 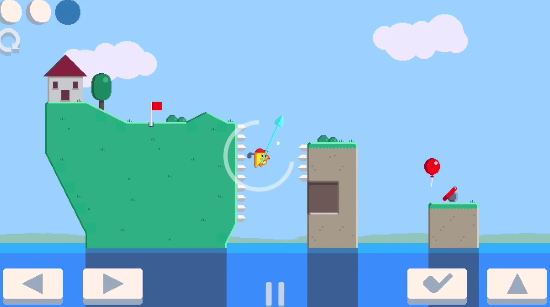 Later levels will feature switches, gates, and holes in odd places, challenging you to use your limited number of balls to clear the way forward. Balloons throughout tempt you to make risky bonus shots, often in slow-motion while jumping through the air.

Golf Zero is planned to release on "mobile". and its development can followed on Twitter.
Next Up :
Black Desert Mobile reveals new Drakania class alongside other major updates and announcements

App Army Assemble: Golf Zero - a hole in one or sub-par?