Girls Frontline: Neural Cloud opens up pre-registration for a large portion of players

Sunborn Network has announced that pre-registration for the much anticipated Girls Frontline: Neural Cloud has now opened for players in the west and some parts of SEA. Neural Cloud is the sequel to the legendary gacha strategy game Girls Frontline and turns the normal gameplay on its head, introducing roguelike mechanics alongside some tower defence-esque gameplay.

Whereas Girls Frontline had a relatively linear progression within missions broken up into stages, Neural Cloud introduces entirely randomised stages where you’ll be doing combat. Within these stages, you’ll also have random upgrades you can utilise to make your run a little easier too.

To elaborate on what exactly the combat entails, Neural Cloud takes a lot of inspiration from another super popular gacha strategy RPG - Arknights. These stages will be broken up into hexes, and you’ll place your party members on parts of these hexes where they’ll automatically attack incoming enemies. Think a tower defence game but a little more 3D in this case. 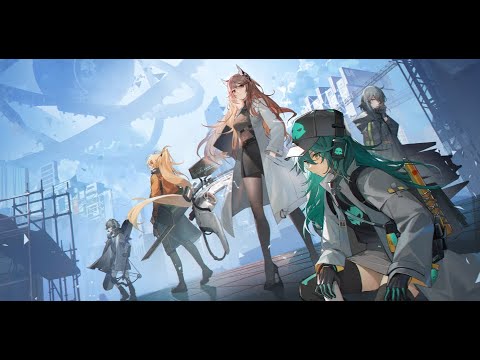 Girls Frontline always had some elements of auto-battling built in intrinsically, but this new way of playing the game leads to even more strategising than its predecessor. There are practically unlimited ways to approach these stages since they’re all randomised alongside the other elements which are also procedurally generated, and on top of that, you’ll be responsible for organising your own team composition, which leads to no two levels ever feeling the same or stale.

Story-wise, Neural Cloud is a prequel to Girls Frontline, so for those of you who got invested in the story of that one, Neural Cloud will elaborate on a lot of the history of the world alongside giving some insight into various other bits of the lore.

Pre-registration for Girls Frontline: Neural Cloud is open now depending on where you live, so if you’d like to get ahead of the curve and put your name down early, you can check it out at either of the links below! In the meantime, you can also check out the official website for more information, screenshots, and trailers.

Looking for more roguelikes to play while we wait for Neural Cloud to launch? Check out our Top 25 best roguelikes for iOS!
Next Up :
Ashfall is an upcoming post-apocalyptic MMORPG with award-winning sound and more

Girls Frontline: Neural Cloud, a sequel to the popular gacha game, is set to launch in Korean markets later this year