Following the end of Game of Thrones Season 7, and the painful 18 month+ wait we've now got for that final season, Warner Bros. is at least trying to ease the pain a little by opening up pre-registrations for Game of Thrones: Conquest. 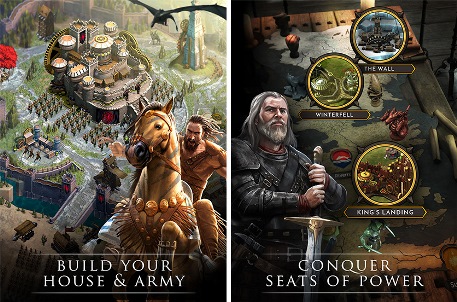 Sound familiar? Yep! Game of Thrones: Conquest is currently in soft launch on iOS in the Philippines, Turkey, Denmark, and Indonesia and we've touched on the game before.

To give you a quick recap, GOT:C puts you at the head of your own house where you've got to best the political landscape of Westeros to build up your House and claim the Iron Throne for yourself. Sure, you'll see familiar characters on the way, but nothing's going to stand in the way of you and that sweet, likely uncomfortable seat... except maybe a dagger between the ribs.

If that sounds pretty swell to you then head on over to the official website and pre-register on iOS or Android now. Pre-registering will earn you a 'Prepare For War' bundle valued at $50. Not bad at all, says I.