The original Framed was something of a masterclass in simplicity. It had one very good idea, and it twisted it around a few times to make sure you played it until the bitter end.

Part puzzler, part narrative adventure, it was a fresh and intriguing take on both genres that deserved every accolade that was heaped atop it.

And now it's time for the almost inevitable sequel. Framed 2 certainly has an impressive foundation to build on, but it's also burdened by the weight of expectation. And in the end it can't quite hold itself as tall as the original.

If you played the first Framed you know what to expect here. You're shuffling around the panels of a comic to facilitate the escape of a besuited thief who's on the lam with a briefcase.

A simple example might involve switching a couple of panels so instead of running straight into a guard, you take a detour and sneak behind him instead. 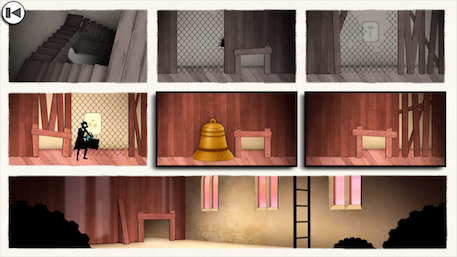 There's a lot more to it than that though. Sometimes you'll need to switch things around multiple times while the scene is running, or twist panels on their axis in order to lead our hero in different directions.

Everything is as slickly put together as it was in the first game, if not more so. This is one of the most polished experiences you're likely to have on your iOS device.

But some of the old problems are still front and centre here. There's a distinct feeling of trial and error in some of the more difficult puzzles, and you'll often end up running through a scenario multiple times before you manage to hit upon the solution.

The scope of the game has definitely broadened, as you'd expect from a sequel, but that widening is to the detriment of the game's narrative. It's still an enjoyable yarn, but it's not as tight as it could have been. 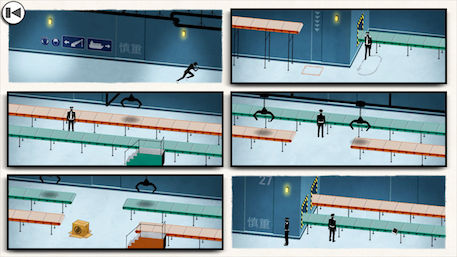 It might sound like Framed 2 has more problems than good points, but that's really not the case. This is exactly the sort of game we need more of in the mobile gaming world.

It's not just shiny, it's well thought out, smart, and wonderfully original. And while it might not reach the heights of its predecessor, it's still an awful lot of fun.

And that's really the key here. I've had super high expectations for Framed 2 since it was announced, and while the game doesn't quite manage to live up to them, it still kept me engaged and entertained like few other games have.

Yes, it's frustrating in places. And yes, sometimes it misses the mark. But when it hits its sweet spots, which it does often, it's an absolute joy.

A slick and entertaining puzzler that doesn't quite live up to the brilliance of its predecessor
Next Up :
Xiaomi 11T Pro review - "Pro in name, pro in nature"