Fortnite hosting another crossover with the classic arcade game Pac-Man

In yet another big-name collaboration, Fortnite is all set for its next popular franchise crossover, this time with a retro classic from the old days. PAC-MAN. This event will introduce a bunch of new cosmetics and was confirmed for a June 2nd release date by the official PAC-MAN Twitter account.

As per usual with the collaborations that Fortnite typically hosts, you can expect a bunch of new cosmetic items to pop up in the shop on that date. While none have been confirmed just yet, it’s safe to assume we’ll see a legendary tier skin likely themed after our favourite yellow circular friend alongside a backbling, glider, and pickaxe of some kind. What these will look like is unknown for now, but will also probably be revealed a few days before they drop.

This is the next in a long line of collaborations that Fortnite seems to somehow churn out just about every week now, fresh off the most recent Star Wars crossover. PAC-MAN is certainly not as huge as a franchise as that, but it’s no cult classic either and is likely recognizable to just about anybody you ask, so it’s fair to see it end up in the multimedia spanning battle royale game. 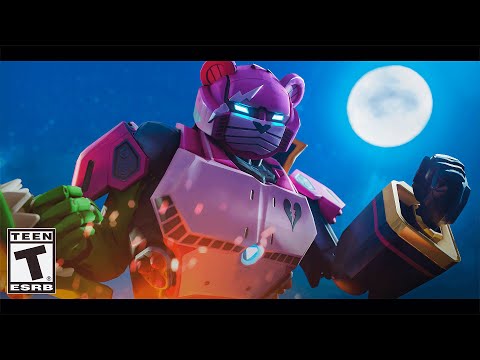 The date is a bit strange, as the next season of Fortnite is set to launch the day after these cosmetics release. Whether that’s intentional to drum up even more hype than there already is or if they just want to knock it out before we’re bombarded by a ton of new cosmetic items courtesy of this new chapter is unknown, but either way, we won’t be waiting long to see what it all looks like.

If you’re looking to get involved with Fortnite, be it because you’re a PAC-MAN fan or honestly just about a fan of anything at all with how many collaborations they’ve hosted, or if you’re just a fan of good battle royale shooters, you can find it for free on Android on the official website.

Looking for more battle royale goodness? Check out our Top 15 best battle royale games for Android!
Next Up :
Infinity Conquer lets you play as legendary rulers and build your army, currently in its beta phase with pre-orders now open