OnePlus and Epic Games have partnered to give OnePlus owners the chance to try Fortnite's Bollywood-inspired Bhangra Boogie dance before anyone else. This isn't the first time the two companies have collaborated, with the game's 90 FPS mode currently being exclusive to OnePlus 8 devices.

The emote is said to have been inspired by India's Bhangra dance, and you can get a good look at it in the video below. OnePlus owners can redeem a single code per device by following this here link. Also know that the emote can't be shared or transferred.

While the Bhangra Boogie is exclusive to OnePlus devices for now, it will eventually become available to other players at a later date. It's certainly interesting to see OnePlus continue its collaboration with Epic, from the OnePlus creative island to the aforementioned 90 FPS mode. 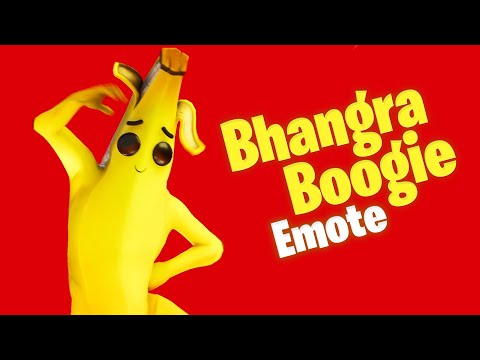 Last month, I actually tried out the new mode to see whether or not it was the best way to play. It didn't come as too great a surprise to find that the game's visual fidelity had taken a giant hit in order for that 90 FPS target to become a reality. That said, the new mode still felt like an impressive achievement, especially given that Fortnite on the enhanced consoles targets 60 FPS, while the Nintendo Switch targets 30 FPS. Fortnite at 90 FPS on a handset was always going to demand some concessions.

If you're yet to give Fortnite a go, you'll find it available for download now as a free-to-play game from over on the App Store and Google Play. In other battle royale news, Garena Free Fire recently launched its Rampage II Elite Pass, and here's the difference between Free Fire Max and standard Free Fire.

Hunting for some top-tier multiplayer games? These are 25 of the best for Android
Next Up :
Stand at the top of the mafia world in strategy game Don of Dons out now on Android in select countries